I've spent the better part of the last ten months obsessed with Metal. I didn't give up on Hardcore...I just haven't felt any desire to listen to it. Instead I find myself listening to stuff like the first Metal Church album...or Megadeth's Killing Is My Business. And I don't just give it a spin and then move on...no...those albums were in constant rotation and getting daily spins. Old 70's shit like Kiss and Budgie, or newer stuff like Mos Generator and Grand Magus. It just hasn't gotten old, and I just don't seem to tire from it.

Then something funny happened.

Edge Day rolled around, and since I couldn't make it to the show in Boston to see Step Forward and Stick Together, I decided to queue up an Edge playlist. After starting in '88, with stuff like Against The Wall, Chain Of Strength, No For An Answer, Insted, I found myself craving more and more, and soon was tearing through Carry On, Fastbreak, and Floorpunch. Damn, I've missed this stuff, and it was good to have it back. 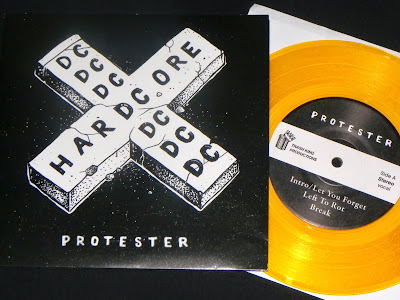 People have been hyping the hell out of the Protester record for months, and once Chris posted about it over at Unwavering Spirit, I figured that I'd take a chance on it. I hit up the Trash King store for the gold vinyl, and when it arrived I just set it aside...yeah yeah, I'll get to checking it out later. Seeing the Protester 7 inch in my pile of records on 10/17, with that big X on the cover, it seemed like it was a good day to finally give it a spin. 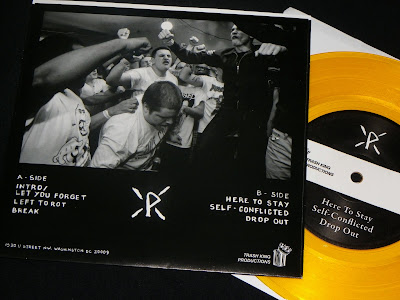 Holy shit. This might possibly be my favorite Hardcore record of 2014. This thing rules. Fast and pissed off...it goes right for the throat, and does not let up. Do yourself a favor and get into this.