A picture disk of a live album? You'd think this would be a hard sell for me, wouldn't you? 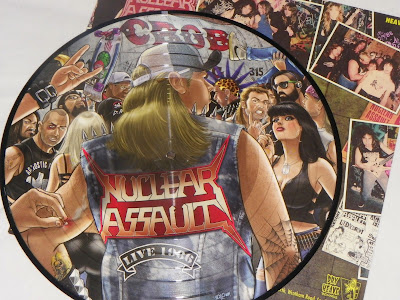 With the minimalist packaging of a single hard stock piece of paper and a clear plastic sleeve, the new live album from Nuclear Assault captures perfectly what I dislike about picture discs. I hate sliding records into their place on the shelf, and having them disappear into the collection. Records need an album cover with a spine so you can find them on the shelf.

And while a live album may capture the excitement and energy of a band, nine times out of ten, I prefer to just spin the studio recordings...and get all of the songs, not just the hits that a band will play live. 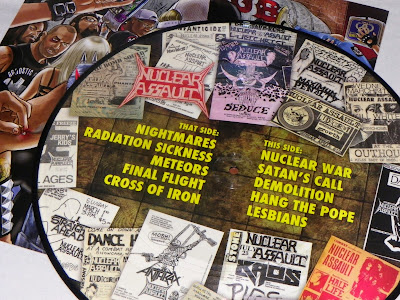 So what could possess me to buy this thing? Two songs from Nuclear Assault's early days that I've never heard before. Meteors and Satan's Call. Oh hell yes! These songs rule, and are worth the price of admission. Thrash!