You know I get distracted easy, right? I start collecting one thing, only to jump to something else when it catches my eye. I've got so many holes in my Metal vinyl collection, it is embarassing. Hell, I still don't have all the Dio records yet...and I don't even own a copy of Sabbath's Sabotage on vinyl. I need to get some priorities straightened out and address some of these issues. 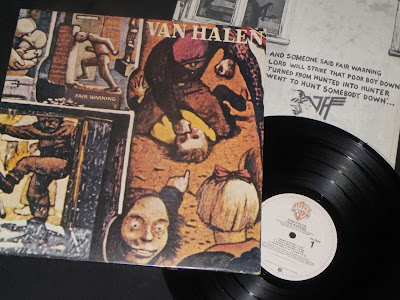 About seven years ago, I picked up my first couple of pieces of Van Halen...and since then...nothing. While flipping through the used records at Moody Lords, I came across a copy of Fair Warning. Since this is probably my favorite VH record, I immediately pulled it from the bin and added it to the stack of records that I would be purchasing. I know it is difficult to call any Van Halen record "dark", but man there is just something a bit more raw when it comes to Fair Warning. Maybe because it contains the only VH song where David Lee Roth drops an F bomb...or maybe it is the artwork for the album cover that William Kurelek painted while being treated for depression and schitzophrenia in a London mental hospital. Whatever it is, Van Halen does not get any better than this. 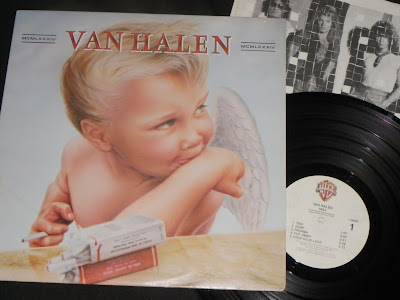 On the other side of the coin, we have Van Halen's 1984 album. With the opening synth keyboards for Jump, there isn't anything dark about this album. I really wasn't too familiar with this one. I guess in the general scheme of things, I didn't think too much about this record, and kind of rated it just above Diver Down (which sits at the bottom of the six crucial Van Halen albums)...but giving this vinyl a spin, I was surprised at how much I really enjoyed it. 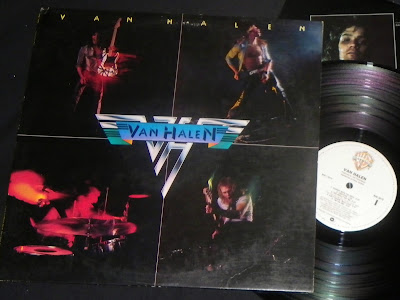 Okay. At this point, the only VH album missing from my collection was their debut. I was so close to completing the collection, I jumped to eBay to finish this thing off. There was some confusion on my part as to what defined a first pressing for this record. I did some minimal research, and believed that the white Warner Brothers label, with the roman numerals for sides I and II, indicated it was a first pressing, and that's what I set out to win on eBay. Days after I won a copy, I discovered that I was wrong, and an actual first press has the Warner Brothers label with palm trees. Damn. Stupid mistake. Oh well, I guess it really wasn't that important, as I'm not going to worry about chasing one down at this point...but if I happen to stumble across one in the used records bins, I might not be able to resist. 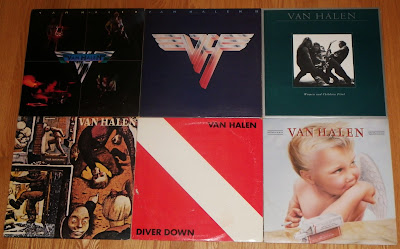 The only Van Halen albums that people need to pay attention to. 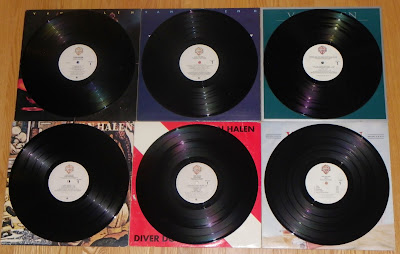 There it is...seven years to finally collect six easily obtainable albums. It probably shouldn't have taken this long.