I can't really call these two 7 inches "the most anticipated hardcore releases of 2014", since I really didn't know they were coming until I saw that Painkiller posted the pre-orders for them. 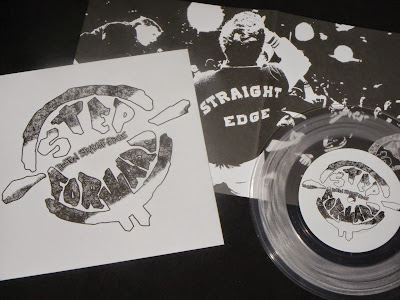 Sure, there has been some talk about a new Step Forward release, but since it has been eight years since their last 7 inch...well, let's just say that I wasn't holding my breath. Sure there was the demo tape a couple of years ago, but I like to pretend that cassettes don't really exist, so that one didn't count. 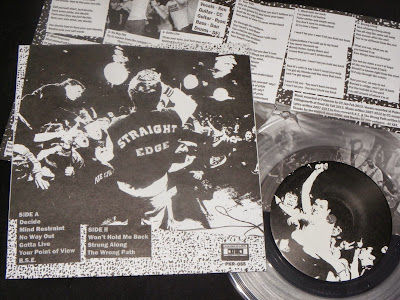 So here we are, eight years after their debut. Can Step Forward still hold down the Boston Straight Edge? Damn right, they do. Well worth the wait. 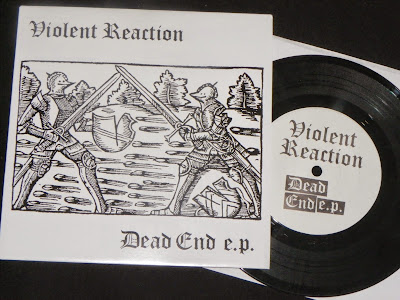 Along with Step Forward, Painkiller also released the US pressing of the new Violent Reaction 7 inch, Dead End. The band released one of my favorite hardcore albums last year, and this short blast is a fun follow up. 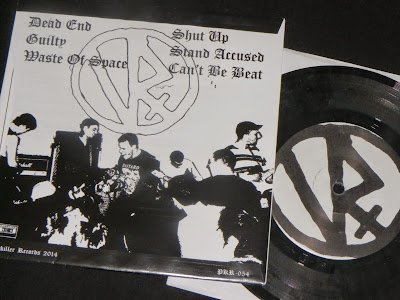 The first pictures that I'd seen of this record, the vinyl was kind of an army green color. When I received mine in the mail, I was disappointed that I didn't get the limited pressing. How could that be? I ordered my copy, and then let Marcus and Sandwell know they were available for pre-order...so how did they end up with the green vinyl, and I only got black? Further inspection revealed that my copy was actually more of a dark grey marble variation on the green vinyl pressing. I did get the limited vinyl, it just doesn't look very impressive.

I didn't get green either. I got some greyish black one. Looks a little more grey than yours maybe. Just received it today.