Your Kid's An Asshole

Sometimes when I'm posting stuff up on my blog, my enthusiasm over a record ebbs and flows based on where my head is at musically. I suppose it is a natural reaction. I'll buy a record, and like it, but when it comes time to post it, I'm just like "meh" because I'd rather be jamming something else at the moment. Such was the case with the last Iron Reagan album, Worse Than Dead. I've already posted my apology here, so I won't repeat myself, but with a new LP due this year, I was primed and ready for it. 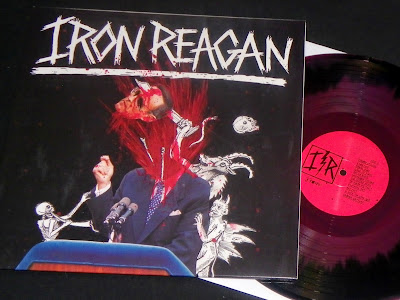 My Metal mood certainly helped put me in the right place for it, but with the release of their Eyeball Gore video, I was rabid with anticipation. I'm squeamish when it comes to the eye, so it was a tough video to sit through, but man, I loved every eye popping part of it. Even the video for Miserable Failure helped set the tone that this album was going to be a fucking blast. 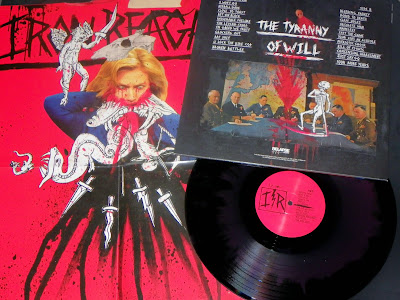 So, unlike their last album, with The Tyranny Of Will I can say that this album rules from the very start. Fast and aggressive...easily one of my favorite Metal records for the year.