Admiral Sir Cloudesley Shovell. What a strange fucking name for a band...and the cover art for their first LP is equally as bizarre. 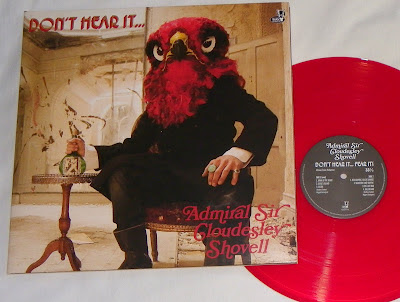 Don't Hear It... Fear It! was released on Rise Above, so I was immediately interested to check it out. The problem was, I'd never heard the band before. Rise Above releases cost me a small fortune to order overseas from the label, so I wanted to hear the band before I bought anything. I came up empty with downloads, and had to rely on a youtube clip of the song Day After Day. Oh hell yeah! It was all the 70's influenced rock that I was hoping for, and I started counting down the days until Rise Above put the vinyl up in their store. 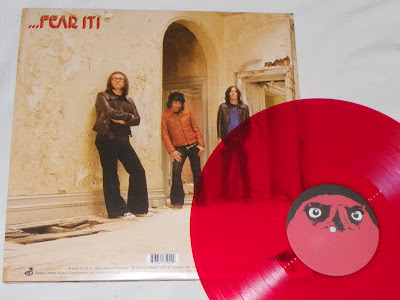 Now, the last couple of records that Rise Above released have sold out incredibly quick. I hesitated with Uncle Acid and the Deadbeats, and I wasn't going to make the same mistake with the new Admiral Cloudesley Shovell LP. Unfortunately for me, Rise Above put up the regular pressings of vinyl prior to their limited Die Hard versions. In order to not get left out of "the next big thing", I ordered the first piece of vinyl that was available...thus missing out on the Die Hard version that had a bonus 7 inch. Rise Above still have the regular colored vinyl pressings available in the webstore, so it looks like I didn't need to be so quick to pull the trigger. 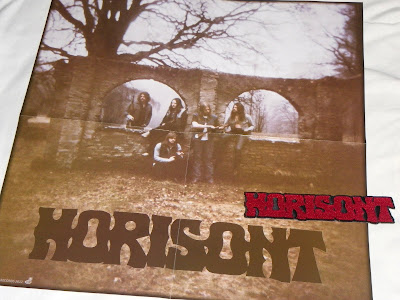 A few months back, I wrote about the new Horisont LP that I picked up from Rise Above. I mentioned that I had ordered the Die Hard version of the album, but the label failed to include the poster and patch. When I was ordering the Admiral Sir Cloudesley Shovell album, I asked if they could include those missed items from my previous order. I'm glad to finally have these two pieces that will get tucked into the album sleeve and never see the light of day again.