Back in May, Triple B threw up three new pre-orders. Two of them I was pretty psyched for, the other one I picked up just because it was there. 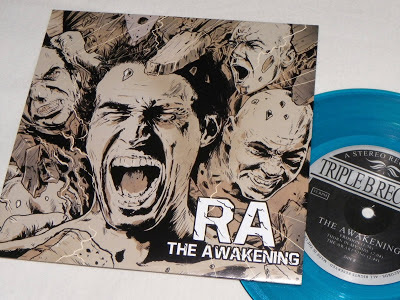 I wasn't too interested in the new 7 inch from Rude Awakening. The preview track that Triple B posted sounded okay, and had kind of that Backtrack vibe going on, so I rolled the dice and threw $5.00 at it. 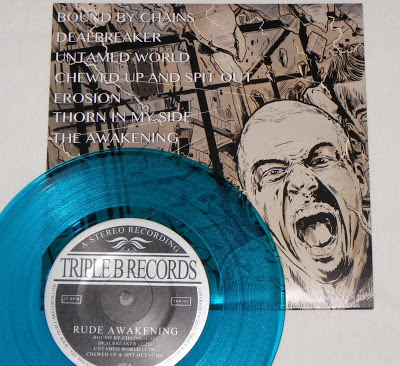 I don't know if it will get regular spins, but I did find that I enjoyed the record more than I expected. Rude Awakening feature 3/5 of Wrench's band from a few years ago, Resist. Josh Hynes takes over vocal duties here, and at times, his voice sounds a lot like early Ensign. Not bad. 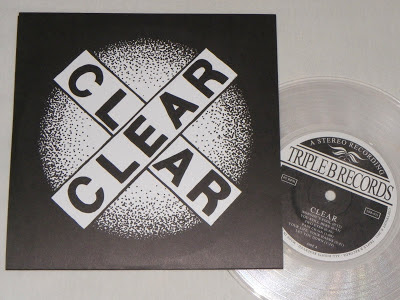 Clear. I've been hearing this name dropped for about a year...an old school, Straight Edge band with Pat Flynn on vocals. This demo 7 inch is worth the hype. 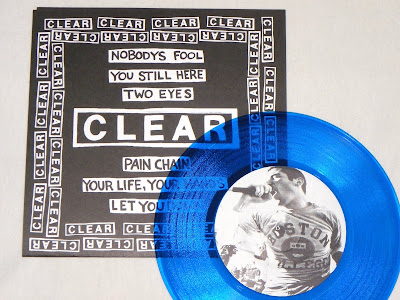 6 songs in under 5 minutes. A record so short, the same songs are pressed on both sides...kind of like my cassette copy of Reign in Blood. 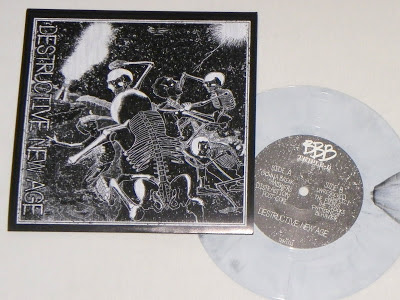 Featuring members from Wake Up Call and Cruel Hand, DNA make a serious mark in the Hardcore scene with their debut 7 inch.

100 pressed on white and black swirl. 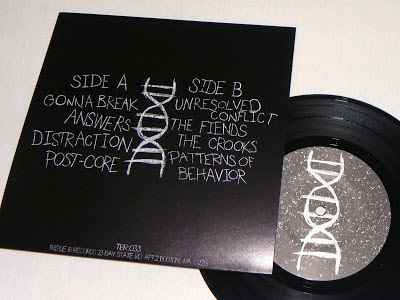 I caught DNA about a year ago, and they covered a Bad Brains song, and I can hear that influence throughout this record. The songs are played with the same kind of frantic energy, and lyrics are sung so fast that I have a hard time following along. Seriously, just listen to Gonna Break and try and keep up. 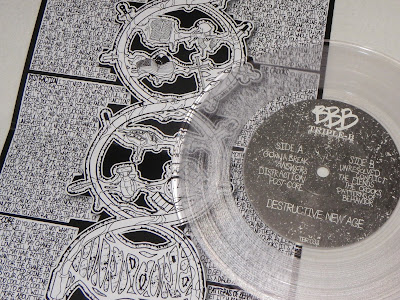 The Clear 7" sounds interesting, although I have to say, the cover puts me off. Yes, it's that bad.

Dude, it is a big X...with the words Clear. It is fuckin' awesome!

A big X with the word (not words) Clear may indeed SOUND cool... but to anyone with eyes, this is clearly one of the worst covers ever made. I can only imagine that it was put together by someone with zero artistic talent or imagination in 15 seconds so they could go take a dump. If, however, they had taken a dump on this cover it would undoubtedly have made it more aesthetically pleasing.

ha ha ha...sure it isn't that great of a design, but since it was basically a demo, I'm letting it slide...plus I do think that the stark black and white of the back cover looks pretty cool.

It was done by the same guy that did the art for the Free Spirit 7", so he is actually really good. This is just more on the simplistic side. I love this cover/logo.