Birds Of A Feather

Last year, one of the biggest surprises for me was Night Birds. Man, it set me of on a tangent of listening to tons of Circle Jerks, Angry Samoans, Dead Kennedys, Agent Orange, and a bunch of other early 80's Hardcore Punk bands. The Night Birds nailed that sound, and I find that I'm still spinning their discography on a regular basis. 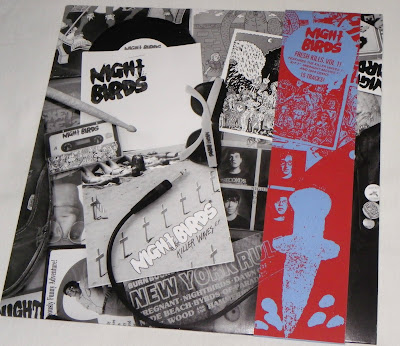 When Grave Mistake put up pre-orders for the Fresh Kills LP, I didn't hesitate to buy a copy. Sure it is a compilation album that combines their 7 inch and demo recordings, and while I already owned the self titled and Midnight Movies records...oh, and I already owned Fresh Kills on CD...there wasn't any way that I was going to miss out on this. 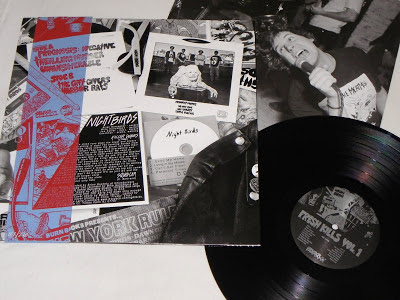 The limited pre-order version came with a pretty cool looking, screened OBI style strip. I've raved on this blog numerous times about how much I love the OBI strip, so of course I thought it was a nice addition with this LP. 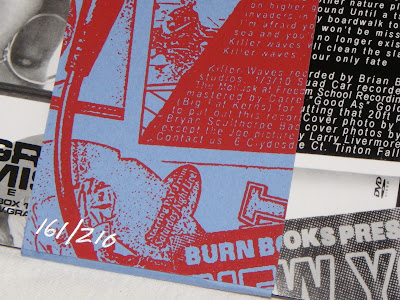 The back of each OBI strip is hand numbered out of 210. 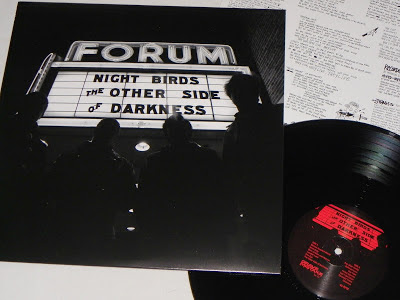 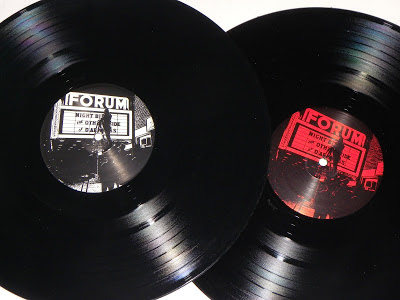 First press has white labels, while the second press got red. Sure they are both black vinyl, but when I set them side by side, I was glad to have one of each.

Knew you wouldn't be able to resist that second press Mike!