To the best of my knowledge, Wolf Whistle was Pat Flynn's first post-Have Heart band. For kids that were hoping for Have Heart part 2, they would be severely disappointed. 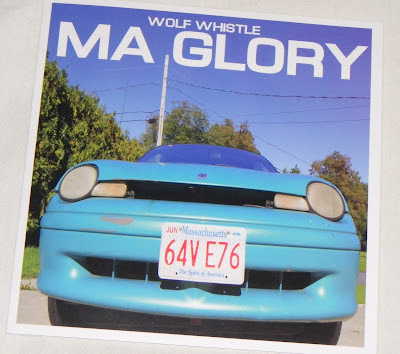 Like the New England coastline in the Winter, Wolf Whistle are jagged and harsh. Raging and chaotic, the band blast through 11 songs in around 8 minutes for their newest release, MA Glory. Shit is pretty ugly, and is something that I can only take in small doses...but that is okay because it seems that as soon as it starts...it's over. 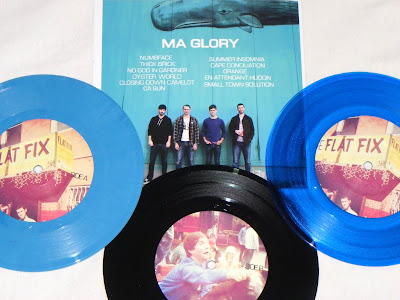 I must have felt like I had some money to throw around when Six Feet Under made the new Wolf Whistle record available for pre-order, because I ordered all three copies. 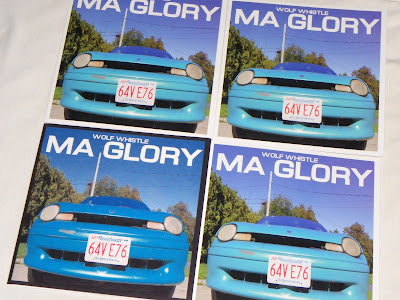 I had placed my order back in May, and while I was still waiting for my records in July, Six Feet Under put up some left over copies of MA Glory that were made for the Sound & Fury fest. I grabbed one, giving me four copies for this record. 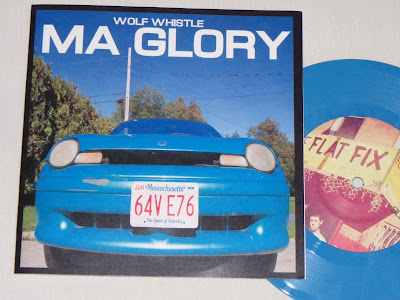 The difference between the regular press and the limited S&F press is the black frame around the cover.

This has got to be the most "all the same" collection of "different" versions I have ever seen.