It has been fun digging into some newer hardcore records lately, but it ain't like I'm going to stop chasing some great new metal as well. 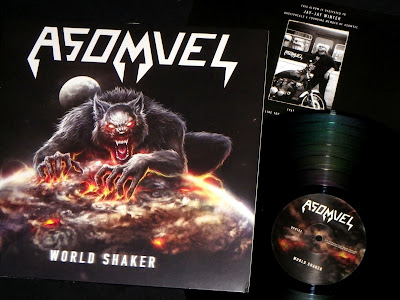 Back in 2013, Asomvel released one of my favorite metal records of the time. That Knuckle Duster record was so damn great, I'd be willing to bet that of all post-2000 metal records, it still sits comfortably in the top five. Their infectious, Motorhead influenced sound is just that good.

Shortly after releasing Knuckle Duster, the singer left the band, and band seemed to be in flux for years leaving me to wonder if they were ever going to recover. Then, in 2016, the band came out of nowhere with a new video for a song called The Nightmare Ain't Over, and then in 2017 we got the World Shaker video...now in 2019, we finally get a new album. 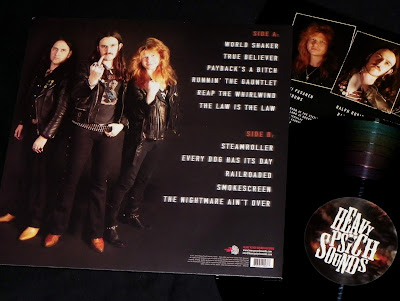 While World Shaker doesn't quite knock me on my ass like Knuckle Duster did, this record is still a ton of fun. Even with a new singer/bass player, they still keep that Motorhead vibe going. They keep the hits coming.

I took the easy way out, and ordered the black vinyl because it was available from a US distro, but now I'm wishing that I'd held out for the white vinyl.

They kind of remind me of Motorhead