I Am The Ugly American

I thought it was just a year or so ago that I had rekindled my relationship with Big Black, but checking the blog for details, it turns out that it has been over three years since I picked up the Atomizer album. Damn. I remember being very excited about buying that album, and I really wanted to pick up more from the Big Black catalog for the collection. Three years have passed with zero progress...until now. 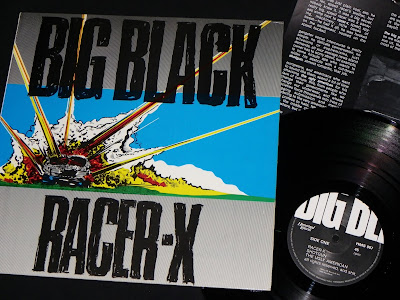 When I was obsessing about Big Black back in 2016 I somehow missed giving the Racer-X EP a spin at the time. I don't know why. I guess that the song titles didn't jump out at me, so I didn't bother with it. When I got the itch this year for some more Big Black, I decided it was time for some Racer-X. I don't know how I couldn't have forgotten these songs because they are absolutely killer. I've had such a good time revisiting this EP that I needed this record in my collection as soon as possible. 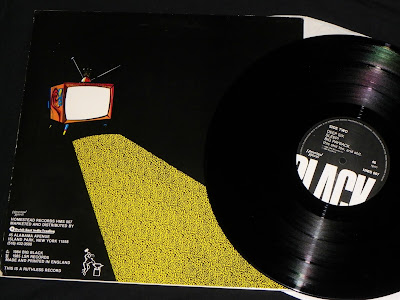 I loved the look of the original Homestead pressing, with the exploding car on the front, so that's the one that I stepped up for. I found a copy at a great price on Discogs and I quickly pulled the trigger. 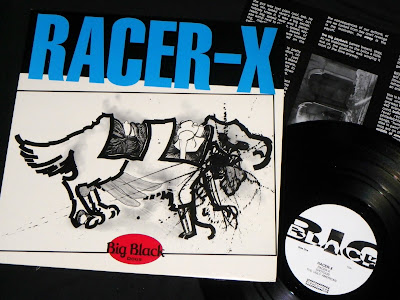 When the package arrived, I quickly ripped open the box to check out the record, and at first I was puzzled. When I first saw the record cover, it wasn't what I recalled buying. I did some research and discovered that the seller sent me the Touch And Go repress from 1992. I was bummed. The record only cost me $14, and I really hate to complain over that small dollar amount, but I reached out to the seller anyway. Thankfully, the seller was very accommodating, and he told me to keep the pressing that I'd received, and he would send out the correct one right away. Two records for the price of one! 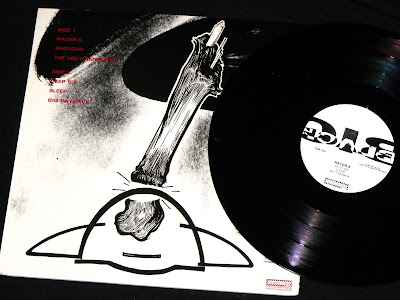 It's nice to have both pressings, but damn, this Touch And Go pressing is ugly.