Being stuck in an early punk state of mind, I've not only been finding some treasures that I'd missed with my first pass through the 80's, but I've also been uncovering some long lost gems that I'd largely forgotten about. Nostalgia has me dusting off some old albums and finding that some oddballs still pack a punch years later. 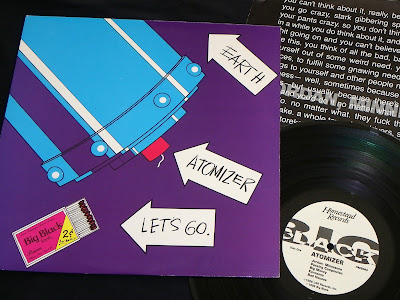 Even though I was a huge metalhead through my teen years, occasionally I'd stumble upon something outside of my metal comfort zone, but would be so "in your face", that I'd have to check it out. Big Black's Songs About Fucking was one of those albums. It seemed designed to offend, so I took a chance and bought a copy. It wasn't like anything I'd ever heard...well, possibly comparable to the Butthole Surfers records that I was spinning at the time...but that energy and angst was real, and it sucked me in. Soon, I'd picked up the two Big Black comp CDs to complete the collection.

As the years went by, Big Black largely got shelved and ignored. I'd pull out a CD every now and then...give it a quick listen...shrug my shoulders, and put it back with no desire to listen to it again for another 5 years. 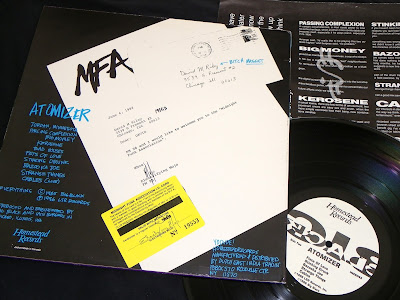 For some reason this time was different. I was scouring through older punk stuff, and revisiting stuff from those later teenage years, when I stumbled upon those Big Black CD's. I dusted one off, and threw the Atomizer songs on my iPod...figuring I would be "one and done". Much to my surprise, I found myself spinning those songs daily, and my interest in Big Black had been reignited. I was so interested, that I took my cash to eBay to slug it out with a couple of other bidders for an original pressing on Homestead.