Recently, I was on a big kick for newer hardcore bands. Triple B has had a solid string of releases, and I definitely spent most of my time immersing myself into those records, but there is more to hardcore than Triple B, right? What the hell else is going on out there? 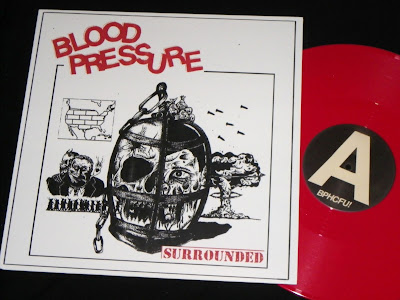 While I was trying to figure out what else was going on in hardcore scene, I saw a post on Instagram for the latest Blood Pressure record. I'm obviously out of the loop, because this record was from 2018, but I had no idea that the band had released a follow up to Need To Control from 2015. To be honest, I didn't remember anything about the last Blood Pressure record, but fuck it, I was itching to check out more hardcore, so I checked the songs on Spotify. Oh damn. If this was released this year, it would top my list of 2019 hardcore albums. This albums rips and rages, and fires me up the same way that the first Boston Strangler record did. 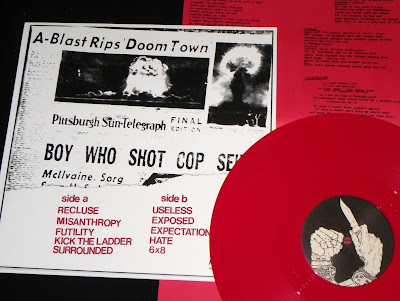 I was so excited over the Surrounded record that the regular black vinyl pressing wasn't going to cut it. The red colored vinyl was limited to 150, and was long sold out from the label, but I wanted one bad enough that I paid a ridiculous price for one through Discogs. I considered the higher price to be my punishment for sleeping on this when it was first available last year. Thank you, sir, may I have another.