I've picked up a few solid New Wave Of British Heavy Metal records this year, and I've been itching to finally pick up some big names. Some of this stuff isn't difficult to find, and the prices are reasonable...so it really just comes down to me getting off my ass and getting it done. 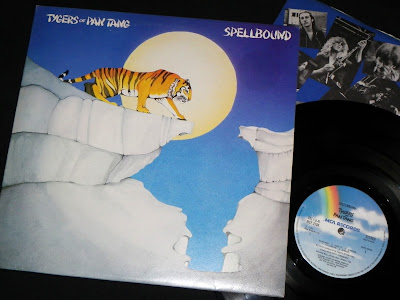 The Tygers Of Pan Tang were a pretty big deal back during the early days of the NWOBHM. After releasing their first EP on Neat during the label's early years of '79, the band was quickly picked up by a major label. By the time they released their second album, Spellbound, in '81, they had a new singer and a new hot shot guitarist by the name of John Sykes (who would go on to play in Thin Lizzy, Whitesnake and Blue Murder). 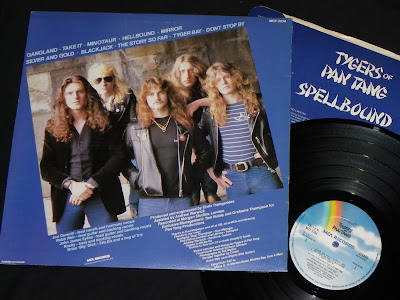 Spellbound may be my favorite album from Tygers, and the deciding factor on that is because the song Gangland is just so fucking good. When I was looking to pick up my first Tygers album on vinyl, Spellbound was where my attention was. 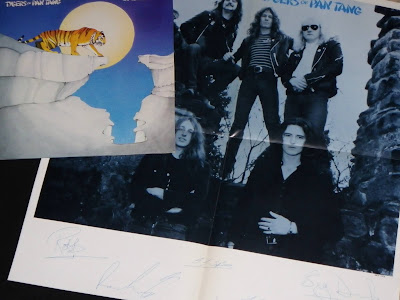 When I started looking around for a copy on Discogs, I noticed that Spellbound originally came with an autographed poster. Of course every available copy at the time did not include the poster, so I threw it on my Want List and played the waiting game. As soon as I got the notification that there was a copy up for sale that included the poster, I jumped on it...and the $15 price tag didn't break the bank, so I was happy. 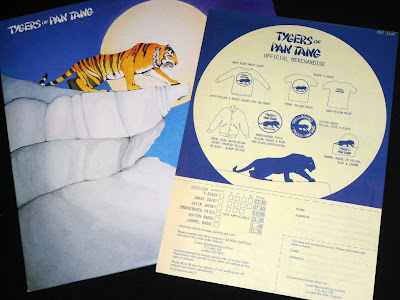 It should go without saying that I needed a copy of the album with the merchandise insert as well.