Visigoth are a newer metal band that has taken me by surprise over the last few years. Both of their albums have landed near the top of my Top 10 list for the year they were released, so when it was announced that Metal Blade was releasing a new two song 7 inch from the band, I grabbed my shield and broadsword and went into battle. 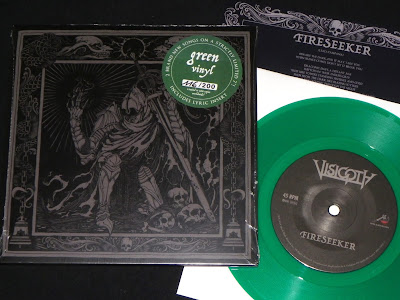 These two songs don't stray from the path that Visigoth have already tread...just straight forward traditional heavy metal. This shit is epic...a triumphant battle cry for metal. Damn, I'm so glad that this band exists in 2019. 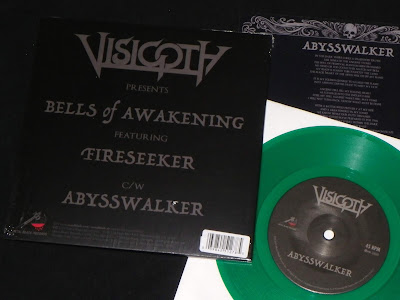 Metal Blade released a few different colors for this 7 inch. The US pressing on green vinyl...hand numbered and limited to 200...was good enough for me. Such a great single.