I was on a roll, picking up a couple of New Wave Of British Heavy Metal singles from a seller on Discogs, and I added one more to my cart before checking out. 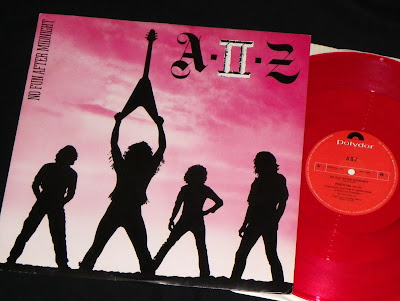 A II Z released their debut album, The Witch Of Berkeley, with the leading wave of NWOBHM in 1980. Oddly, their first album was a live recording. It's okay, but not their best representation, as the No Fun After Midnight single from '81 is where they truly shine. This three song single is NWOBHM perfection. It is such a shame that this single stands head and shoulders above everything else they recorded...and even the 7 inch they released later in '81 falls flat when compared to this. 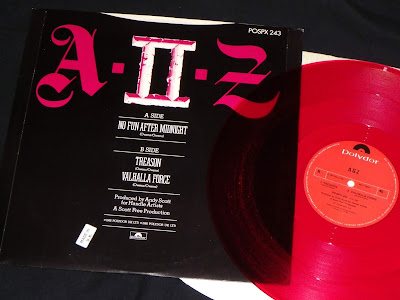 I've made various attempts to pick up the No Fun After Midnight 12 inch since I first heard it five years ago, so it feel good to finally get my hands on one. The record cover is fucking iconic with the flying V guitar held high, and the red colored vinyl is a great touch.