Direct Line To The NWOBHM

Last year, I discovered the Hard Nutz album. It is a bit of a precursor to the New Wave Of British Heavy Metal in 1977, and kind of helped build the foundation for the movement that would really explode a couple years later. Man, I loved that album, and felt like I'd really uncovered a long lost gem. 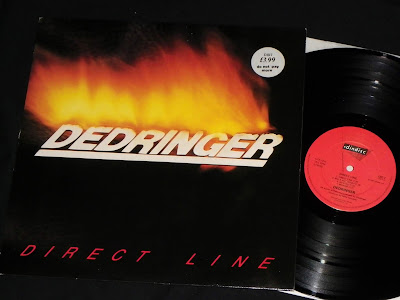 The Direct Line album from Dedringer feels a lot like that Nutz record. The style is the same, with those 70's rock riffs, and hooks that don't fucking let go. As soon as I heard Sunday Drivers, I knew that I was going to come back for repeat listens...and then with each spin, I just loved this record more and more. 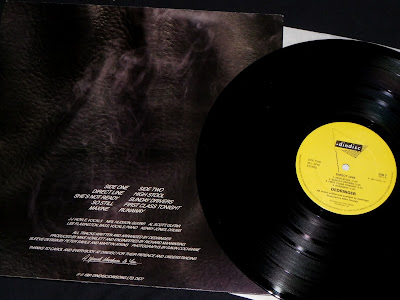 This record is a bit more poppy than what you would typically think of for the NWOBHM, but like Nutz, it is just too good to ignore. I've read reviews that say that Dedringer's second album, Second Arising, is heavier than Direct Line, so I'm definitely going to have to check that one out soon.

While the sticker on the front cover says "do not pay more than £3.99", I did end up spending $10 for this copy, which still feels like a great deal.