Anytime that Grand Magus release a new album, you can pretty much guarantee that it is going to make my Top 10 list for the year. The band plays that straight forward, traditional metal sound that will hook me in every damn time. 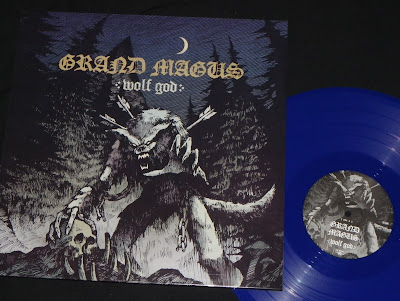 Grand Magus give us more of the same with their ninth album, Wolf God...but I really like this groove that they have been in with their last few records, so I'm not complaining. They have a sound, and they haven't strayed far from it with their last few albums, so at this point you know what you are going to get. No surprises, just some killer Manowar influenced metal! 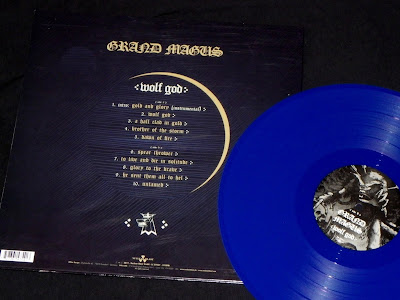 Blue vinyl is limited to 300 copies. The same number were pressed for both red and yellow, but for me, blue was the way to go here.