Earlier this year, I picked up the Trapped Under Ice compilation which featured a bunch of new Canadian metal bands. I hadn't heard the majority of the bands on that comp, and some of them were really quite good. It fired me up to buy some records for newer bands, and one of the first that I rushed to check out was the new album from Traveler. 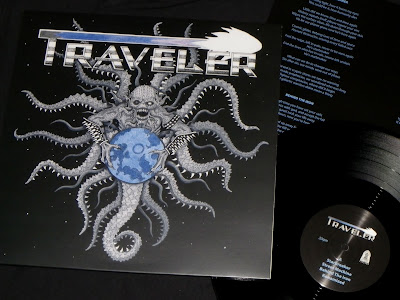 Traveler had the first track on the Trapped Under Ice comp, and their song Betrayer really set the tone. That is a killer song, and was really looking forward to their new album that was due out this year.

Overall, this is really a solid first album from the band. There are some good songs here, but it kind of runs out of steam by the end. Hopefully they keep at it, because I'll be paying attention if they release a follow up at some point. 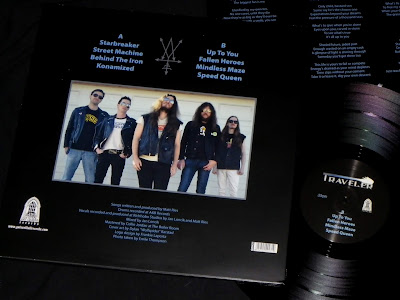 No colored vinyl option here. You'll take black vinyl and you'll like it!