Hide In The Rainbow

I was already picking up a couple of records from an overseas seller, so I checked to see what else they may have available. More Dio vinyl? Fuck yes. 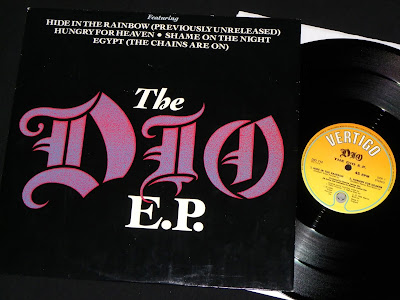 The major selling point for this 12 inch EP is the song Hide In The Rainbow. The song never appeared on a regular Dio full length album, so it wasn't until around 2011 that I even discovered that it existed. The song is an absolute killer, and released in '86, it definitely fits the sound from those classic Dio years. It blows my mind that this song is such a hidden gem, and that it took me so long to hear it. As a single-only release, I wonder how many other people had this song fly under the radar as well. 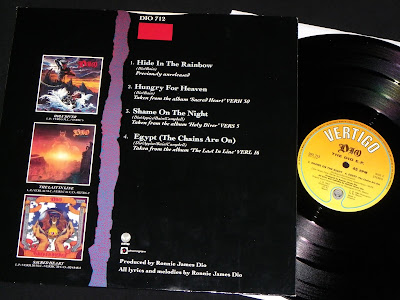 Four songs...Hide In The Rainbow, plus one song from each album to that point in the band's career. UK only release.