A year or so ago, I remember Doug telling me about going to see Sabaton play live with Amon Amarth. I think it surprised him just how much he enjoyed seeing them live. Interested to see what he was raving about, I made a half-hearted attempt to check them out on youtube. Meh. I didn't get it, and I quickly moved on. 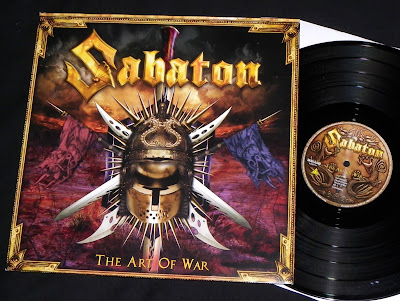 Earlier this year, I was looking to check out some unheard Metal albums, so I pulled up wikipedia's list of all heavy albums for 2008, and went on a download spree over at soulseek. When I saw Sabaton's The Art Of War on the list, I thought of Doug and decided to give the band another chance. 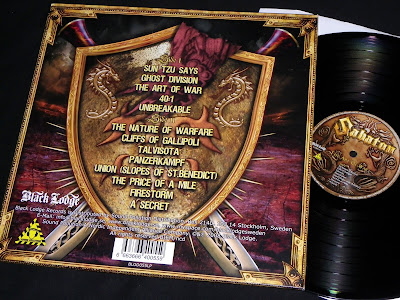 Soon after downloading The Art Of War, Sabaton found a place in my playlists every few days. I couldn't believe how much I was enjoying them. I was soon declaring the end of the week to be Power Metal Friday, and prior to going over to the Community Center to play basketball, I would spend the morning getting pumped up with this stuff. The Art Of War was my jam.

Sabaton tend to be the subject of ridicule in the Metal world, and I can understand why some people would look down on their Power Metal cheese, but goddamn it, they are too much fun to ignore. 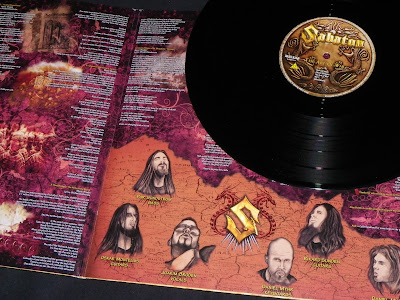 Vinyl still wan't very popular when The Art Of War was released in 2008, and therefore the only pressing on wax was done on Sweden's Black Lodge Records. Sure the record got reissued on vinyl by Nuclear Blast in 2014 with a "Re-Armed" pressing, complete with bonus songs, but compared to the original pressing, I just wasn't feeling it. They were more expensive, and didn't come around as often, but I was going to have to hold out for an original pressing. When a US seller posted the record for sale on Discogs, I jumped on the opportunity.