Rock The Fuck On

Because I've become a jaded old man, I had no fire for the new Angel Du$t record. A part of it may have been because they were no longer with React!, but if I'm going to be honest, as much as I enjoyed their last album, I just never feel compelled to give it another spin...hell, it has been nearly two years since I've last listened to A.D.. So with the new album ready to drop, I made assumptions that it was going to be too polished and poppy, I just didn't care to give it any of my time. 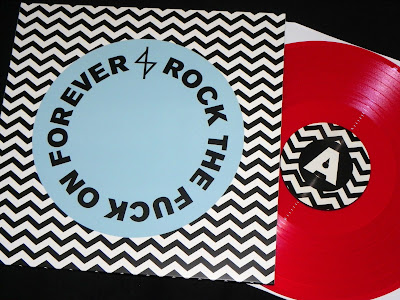 Like most new Hardcore records these days, I needed some serious prompting from friends to bother with it. This time around the push came from Sandwell. I was knee deep in Summer Punk tunes and with Mark's praise, I figured that maybe it was time to give the new album a listen.

Oh damn. Once again I'm proven wrong, because this record is a blast...plus that album title gets nominated for the best name ever. 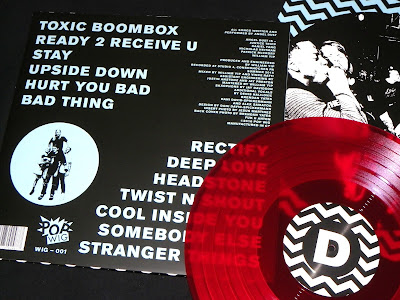 When I was picking up a few records from Deathwish recently, I noticed they still had the exclusive red vinyl available, so I grabbed one. Limited to 500 on red vinyl.

I seem to be hesitating also. I have every colour of A.D. but haven't even listened to this one...

Mike I just found out about your blog through your Edge Day Instagram post. Please add your blog to our xCOMMUNITY DIRECTORYx - here's the link:
http://www.straightedgeworldwide.com/community-directory/