As a kid in America, my only exposure to Slade was through Quiet Riot covering their song Cum On Feel The Noize. At thirteen years old, my affection for Quiet Riot was pretty damn quick...and while they might have played a big part of my gateway into Heavy Metal, they didn't have much staying power with me, and I left them behind as I soon discovered Iron Maiden and Judas Priest. Jumping off the Quiet Riot bandwagon meant that I never really put much stock in Slade, and never gave them a second thought. Even ten years ago, when I started digging into early 70's Hard Rock, and was looking to discover long lost bands, the Slade name still continued to be overlooked. 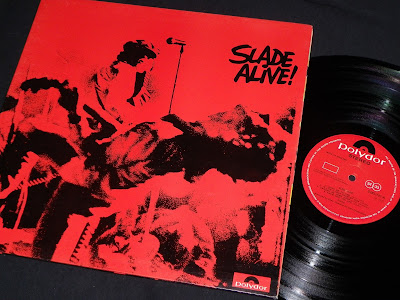 Last year, while hanging out at my friend Jeff's house, I noticed that he had a Deluxe CD version of the first Slade live album, Slade Alive. He had some high praise for the band, so when I got home later that night, I fired up Soulseek, and downloaded a copy.

My first couple of listens left me underwhelmed. The album seemed to be too loose and wild, and I couldn't get my head around the songs. It sounded more like a party than a live album. I didn't like it. 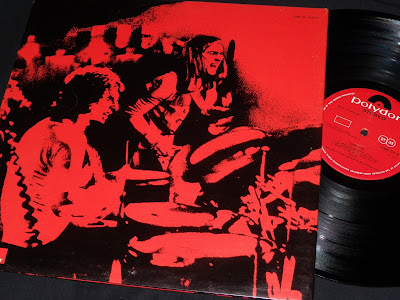 Opinions change. As I was deep in my early 70's obsession over the Summer, I saw the Slade Alive album in my 1972 playlist. It had been a year since I'd given it a spin, and I figured that I'd give it one more shot. I expected to still not care for it, and that I'd most likely just end up deleting it to make room on my iPod. It's funny...everything that I didn't like about it the first time I heard it, was exactly what sold me on it this time around. There was so much energy behind these songs! Sure the majority of the album was made up of covers, but it didn't matter as the band made them their own. The passion behind these songs, and the grit in Noddy Holder's voice, could not be denied anymore, and I listened to this thing daily for a couple of weeks. When the obsession hits you this hard, it is time to step up and buy the vinyl. Original UK pressing, of course.