Despite being around for the past ten years, it wasn't until early 2016 that I first gave Sabaton a chance. This wasn't my typical brand of Metal, and as much as I wanted to write it off an ignore it, those beautiful Power Metal hooks were too good to ignore. Trust me, no one was more surprised than I was at how much I loved what I heard from this band.

So while I've downloaded a few Sabaton albums over the past 10 months, the release of The Last Stand was my first time to experience the excitement of a new release. 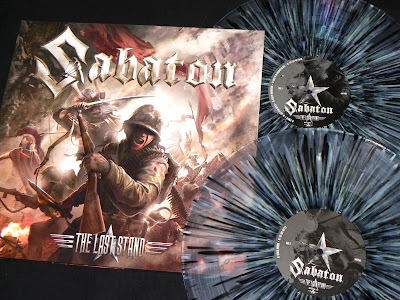 Admittedly, the first single left me a little underwhelmed and I started to think that maybe they had lost some of that spark that drew me to them initially. After downloading the new album, and letting the entire thing sink in, I fell in fucking love. Sure the trilogy of The Lost Battalion/The Last Stand/The Last Battle has my eyes crossing in confusion with the similarities of song titles, but overall, this album serves it's intended purpose...to have me throwing my arms in the air and singing along like a metal madman..."When the Winged Hussars arrive!". 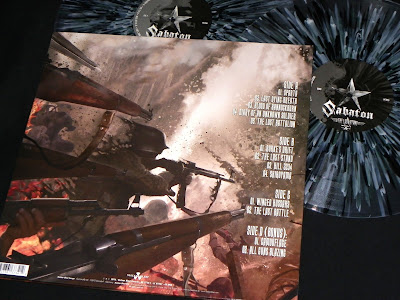 It is going to be difficult to tell where this album is going to land on my Year End list, but right now it seems to climb higher and higher with each listen.