Pentagram have had a long and turbulent history. While the band didn't release their first album until 1985, they had still been active and kicking around in one form or another since the early 70's. The First Daze Here collection brings some of those early recordings to light. While this album of rarities was originally released back in 2002, the 2016 release is remastered with expanded liner notes. 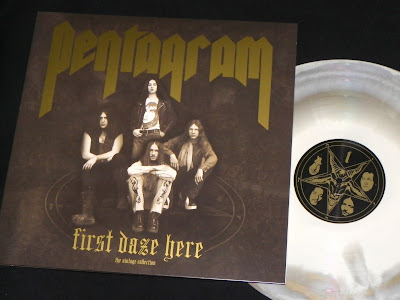 As cool as this release was when I first heard it back in 2010, I never really paid it much attention. I knew that the Pentagram heads loved this stuff, but for one reason or another, I only gave it a few spins and put in on the back burner. Listening to this now, and I'm blown away with how great this record is. Makes you think about how different this band's history would have been had they got a lucky turn and some attention and push from a major label...or maybe it would have just ruined them, and we wouldn't have these gems to dig through today. 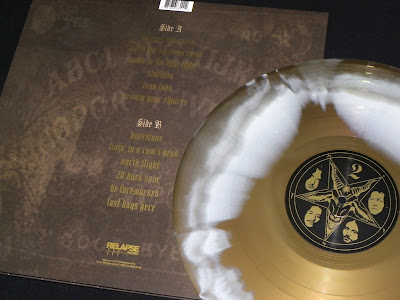 Limited to 500 on a cool looking white/gold colored vinyl. 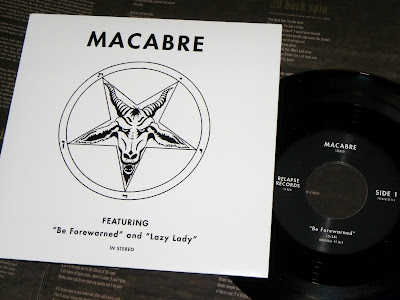 In addition to the expanded liner notes, this 2016 reissue also comes with a bonus 7 inch. 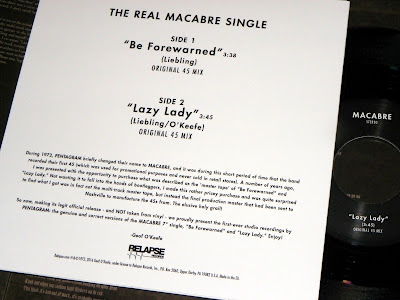 Back in '72, Pentagram briefly changed their name to Macabre and released a promo 7 inch, which gets it's first official release here. Great stuff all around.