My record collecting focus has been all over the place this year. Seems like every other week, the wind blows in a new direction and the flames of my obsession shift, and I start burning though another style of music. The year started with my continued Metal obsession, and then there was a slight shift to early 80's punk, and then I spent a few months listening to nothing but late 70's Punk before a steady diet of early 70's Rock. The latest wave of albums blasting through my daily playlists were strictly from 1996, and then I started branching out to other Hardcore albums from that 90's time period.

After spending the past few years in such a Metal state of mind, it felt weirdly refreshing to start dusting off those old Hardcore tunes. Out of nowhere, I was getting charged up and chasing Hardcore vinyl again. 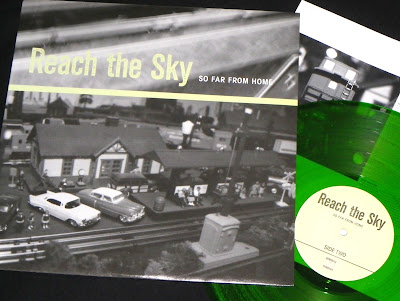 Earlier this year, Marcus posted a couple of Reach The Sky records over on his blog, and it got me thinking about how long it had been since I'd heard this band. It planted the seed that I should finally chase these pieces of vinyl. During my 1996 obsession, a few months later, the seed grew to full fruition, and I knew that it was time to make a move. 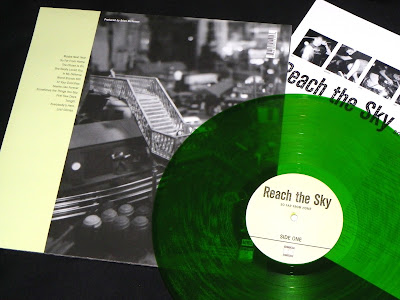 Man, I saw this band so many times in the late 90's/early 00's. They were always fun to see live, with tons of stage diving. Yet, here we are, over 15 years later and I'm finally picking the vinyl for the first time.

I still don't have this on vinyl.

Good to see that, despite next to no blogging this year, I continue to be a bad influence in your household.