Of course, just because I mentioned that the Big Contest record was probably my last Hardcore post of the year, Triple B had to come along and prove me wrong. 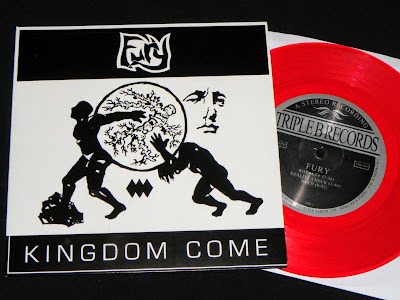 This past month, I've been diligently working on tightening up my year end lists. Because this stuff is so important, I've been spending my time repeatedly listening to this years output of new releases, trying to nail down a Top 10 list for 2014. This shit is a science, and not to be taken lightly. Then, just when I think I've got things complete, Triple B has to fuck it all up with a new package in my mailbox for the last week of December. 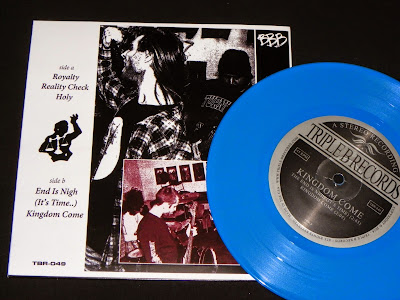 I must have heard some good things about the Fury 7 inch, because even though I'm cutting back on buying multiple copies of every Hardcore record, I still felt the need to buy three copies.

Man, there is something about this record that really hits me. Triple B describes Fury's sound as influenced from Battery and Turning Point, but the vocals really remind me of Issac from Amendment 18 as well. This record sounds like it wouldn't have been out of place on New Age Records around 1990. I'm digging this much more than I expected to. Time to adjust that Top 10 list...again. 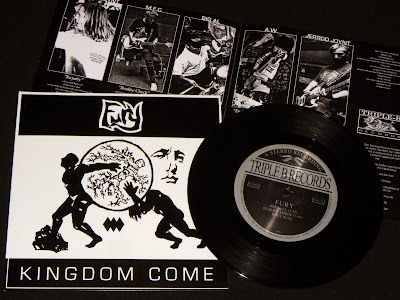 Black vinyl was the more limited pressing at 150. 250 were pressed on red vinyl, and the "Dodger Blue" vinyl was limited to 600.