Rise Above Records has been releasing some pretty cool 7 inch records this year. We've seen some cool shit from a couple of favorites of mine...Blood Ceremony and Admiral Sir Cloudesley Shovell...and recently the label has given us three more. 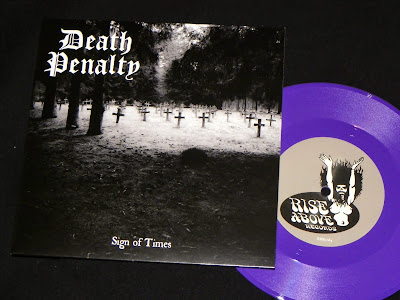 I initially ignored the first Death Penalty release, the Sign Of Times 7 inch. I wasn't interested in another female fronted band, so I didn't bother checking it out this little two song record. When the band released their self titled LP a few months later, there was enough buzz for me to give them a shot. It ended up being worth my time, and after buying the LP, it only made sense to go back and get the 7 inch as well. 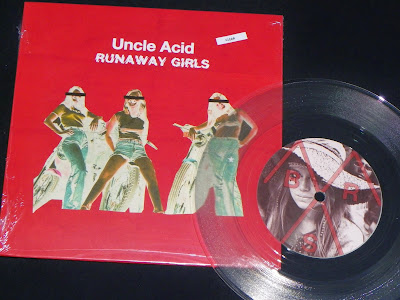 When I can, I've been trying to avoid the high shipping prices from Rise Above. The records get some solid distribution in the US now, so I tend to only empty my wallet when Rise Above has a solid Die Hard pressing with some cool extras. The new Uncle Acid 7 inch, Runaway Girls, did not count as one of those Die Hard editions that I needed to have...but since I was picking up something from the Rise Above store anyway, I figured "What the fuck", and I bought the clear vinyl pressing that was limited to 100.

I haven't really listened to any Uncle Acid lately. While I enjoyed most of their last LP, there were some songs that kind of dragged a bit at the end, and because of this, they haven't showed up on my playlists lately. This 7 inch, makes me rethink that stance. The Runaway Girls song is really good, and the acoustic version of Devil's Work is haunting. A great reminder that I need to move this band back into rotation. 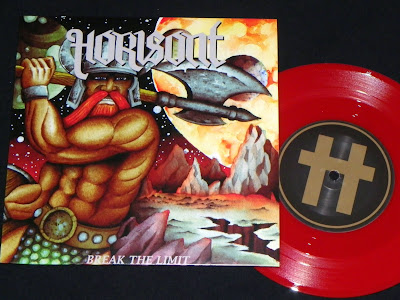 The final 7 inch in this trilogy is for Horisont. The band has yet to disappoint, so I was really looking forward to this release. The artwork for the record seemed like an odd choice for the band, but a quick peak at their video for Break The Limit, and I was sold. Classic hard edged 70's rock.