God Save The Queen

Repeatedly, I've looked down on live albums on this blog. With some very rare exceptions, I've always found them to be a pointless waste of time. This point of view was challenged on several occasions this year, with Stone Axe, Rush, and Kiss Alive I and II proving me very wrong. After hearing the latest Live At The Rainbow '74 album from Queen, it has become apparent that I really need to change my position on live albums. 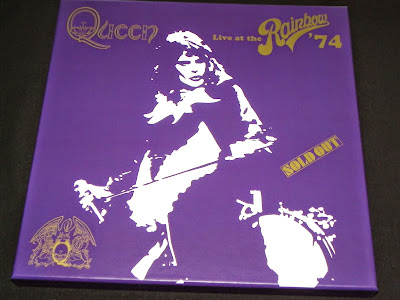 My friend, Jeff, has been trying to get me into Queen for as long as I can remember. Six or seven years ago, he made me a mix CD with the heaviest Queen songs, but that failed to get my attention. I really had no interest in the band, and force feeding them to me wasn't going to work. Then a couple of years ago, in the middle of a 70's rock obsession, he played me some of the Queen II album. I liked what I'd heard, and I even downloaded a copy of the album, but in the end, it just didn't stick with me and I ended up deleting it. Then, this year Queen released their Live At The Rainbow set from 1974, and once again, Jeff was all up in my grill, talking about how amazing the songs sounded on this live recording. Sigh. Well, he'd recently proven me wrong with the two Kiss Alive albums, so I finally broke down and grabbed a download to check out...and to shut him up. 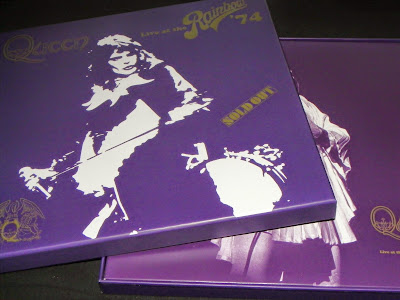 I loaded it up on my iPod, and decided to give it a listen on my way to the gym one morning. The live set starts off with Procession...yup, okay...very much what I expected from Queen. Father To Son kicks in next, and it certainly has my attention, and I'm kind of impressed. Next up in Ogre Battle...oh fuck, this is really good. Then we move into Son And Daughter, and with that Tony Iommi-like riff, I was absolutely hooked. By the time I pulled into the parking lot at the gym, adrenaline was pumping through my veins as I was so excited from the realization of how amazing Queen could be. 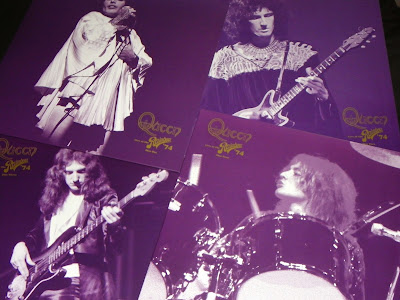 I couldn't believe how much I was enjoying this, and I knew that I was going to have to buy a copy. To took a trip over to the local record store, and pulled a copy of the vinyl from the racks. As I was studying the packaging, I noticed that the songs seemed to be out of order from the download that I'd loaded to my iPod. Wait, my download contained two full shows, but the double vinyl pressing that I was holding only had select songs from each set. I put the record back on the shelf, and set out to do more research before buying the vinyl. That was when I discovered that, in addition to the double vinyl, there was also a four LP box set. This contained all the songs from both shows, and this was the one that I had to have. The problem was that it was only available in Europe, and sellers were listing them with prices ranging from $150 up to $300. When one popped up on eBay, in North America, for around $80, I jumped on it. 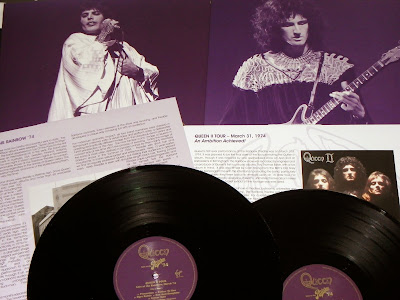 In addition to having all the songs from both shows, another major selling point on the box set was that each piece of vinyl comes with it's own record cover. For the March '74 show on the Queen II tour, we get Freddy Mercury and Brian May on the two covers. 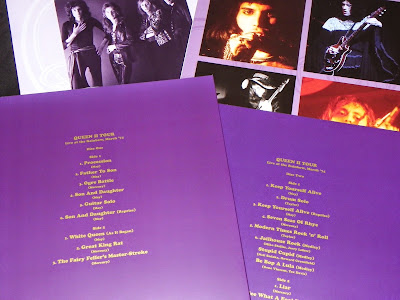 I'm really impressed with the packaging on this entire thing. Job well done all around. 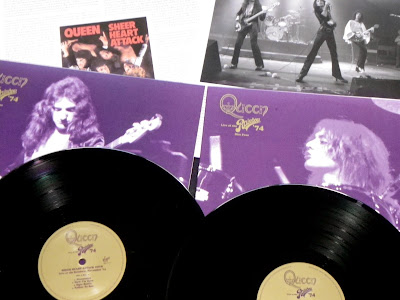 The second show that was recorded at the Rainbow was from November of '74 for the Sheer Heart Attack tour. For the album sleeves on these records, we get live photos of the two guys that aren't Freddy Mercury or Brian May. 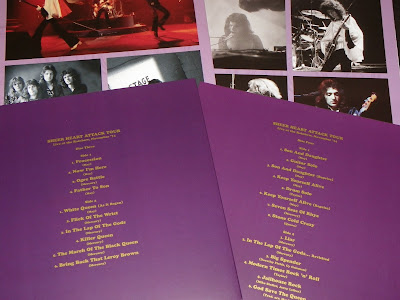 While I really cut my teeth with Queen on the first show, and really have spent most of my time there, make no mistakes, this second show is a ripper as well. You can never go wrong with Stone Cold Crazy. 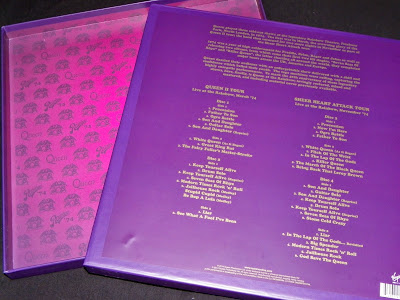 Because this is a live recording from '74, it won't be eligible for my Best Of 2014, but honestly, this box set may be one of my favorite releases this year.