In addition to the regular Record Store Day extravaganza each April, the industry also attempts to sell us on more over-hyped reissues on Black Friday: Record Store Day 2.0. I've never participated in this second Record Store Day as it had the stink of greed all over it...like record companies found a good thing with RSD, and they had to take advantage of it, and force it down our throats a second time each year. It felt dirty and corrupt...or maybe I'd just never had any interest in the previous Black Friday releases. 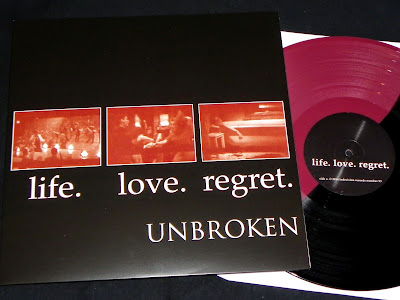 There were a few things that caught my attention with the BF RSD this year...but nothing that I was going to go out and fight through mobs of people packing the stores looking for Christmas sale deals. Fuck that. Maybe I'd venture out to the stores the following week, once things had died down. When I noticed on Instagram that someone had posted a picture of the 20th anniversary pressing of Unbroken's Life Love Regret LP, I was suddenly very interested. I'd had no idea that this was coming, but I definitely wanted one. Still...I figured that I could wait and pick one up at my convenience. A couple of days later, I'd started to hear some rumblings about the Unbroken record being sold out online, and how prices were starting to climb. I was sure that my local record store would have a copy when I stopped in, but small seeds of doubt had been planted, and soon I was starting to get nervous about missing out on one. As the minutes ticked by, my panic grew, and soon I had to get to the store as soon as possible. A couple hours later, I was flipping through the vinyl racks and had secured myself a copy. No big deal since the store still had around seven other copies of the Unbroken LP in the bin. Oh well...better safe than sorry. 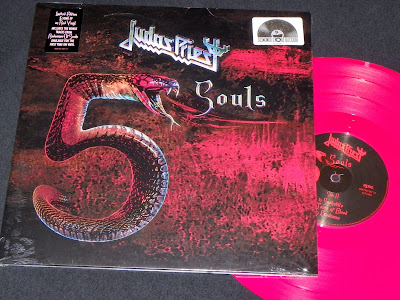 When Judas Priest released their excellent Redeemer Of Souls LP earlier this year, there were five bonus songs that were included on the CD. For Black Friday, we finally get those songs pressed on vinyl...a ten inch record titled 5 Souls. I've heard people say that these five bonus songs are just as good as the songs from the LP. I don't think so. They are still good songs, but I find them to be a step down and I can see why they were cut from the regular album release. 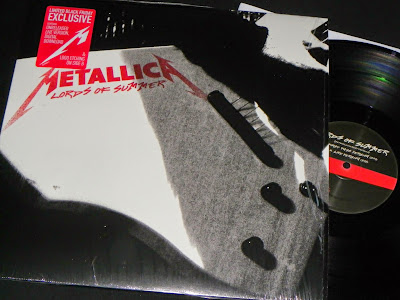 Metallica got in on the Black Friday game this year as well, offering us a 12 inch single for their new song Lords Of Summer. The band previewed this song live at their summer shows, and decided to press it to vinyl to tease us with what is to come as they write and record a new album. As a Metallica fanboy, I love the new song...now record a new album already! 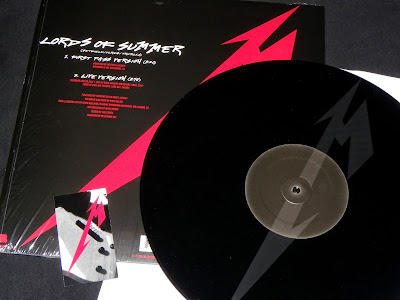 A simple b side etching for this one sided Metallica single. 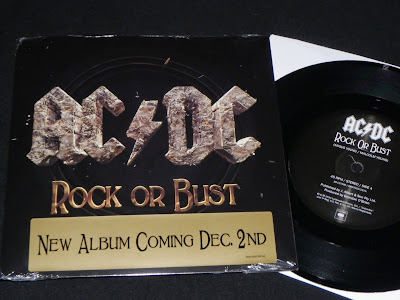 I guess I didn't really need to pick up the new AC/DC 7 inch, as both of these songs are included on their new album, but I got wrapped up in the hype of Record Store Day, and bought one anyway. Two solid songs from the band, and after all they have been through with Malcolm Young's dementia, I'm glad to see the guys are still at it.

You probably should have bought a couple of extra Unbroken LPs. No doubt you could have sold them and made a few bucks.

I got the reissue of Unbroken on Discogs, since getting an original would be too expensive and this layout doesn't look bad after all. Also the shipping was more than the record price, so I got two copies of the same to make the purchase worth doing. But I guess to make some bucks of the second copy I'd need to wait at least 10 years, so I'll probably trade it away to another Euro collector, since they weren't available here.