I Was So Wasted

Much to my surprise, Keith Morris and crew keep things moving with OFF!. I was certain that the band would disappear after exploding onto the scene back in 2010. Yet, here we are, almost four years later, and with a string of solid records in their wake, with another new album from this punk rock supergroup. 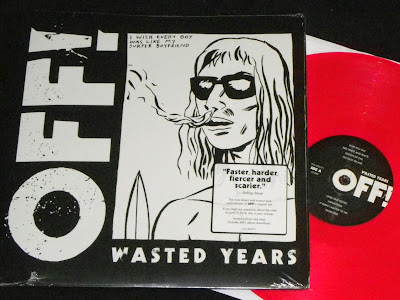 While the Circle Jerks stumbled a bit with stuff like Wonderful and the Oddities LP, OFF! have had no such problems. Wasted Years follows the same blueprint set forth with their EPs and self titled first album...man, this think just smokes from start to finish. 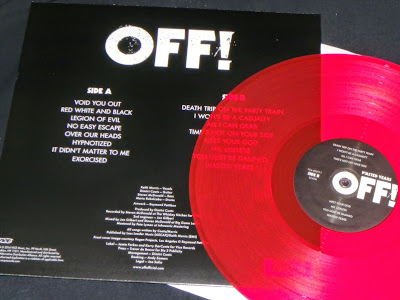 As soon as pre-orders went up over at Interpunk, I was all over it...determined to not miss out on the colored vinyl. Limited to 2,000 copies on red.