Back From The Dead

I'm a big fan of Articles Of Faith...hell, even that EP that the band recorded a few years ago was pretty tight. Two years ago, when I heard that Vic Bondi was fronting a new band, Dead Ending, I was interested to check them out. Thankfully the band sounded more like AOF than Alloy. Alternative Tentacles released two quick EPs, and while I liked what I heard, I just never got around to picking them up. 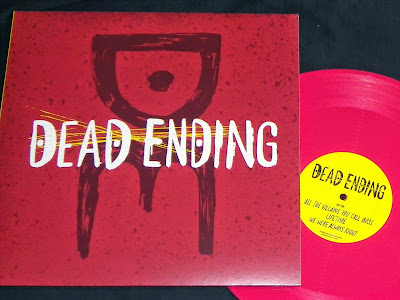 I was surprised to see that Bridge Nine was releasing the band's third EP. I don't pay much attention to the bands that B9 are releasing these days, but with this Dead Ending record, I didn't think twice about finally buying some DE vinyl.

This record continues in the same tradition as the first two, and man, it just rips. Putting all three EPs back to back, and they still don't break the 28 minute mark. No frills...just straight forward hardcore. Vic sounds just as passionate and powerful as he did with AOF in the early 80's. 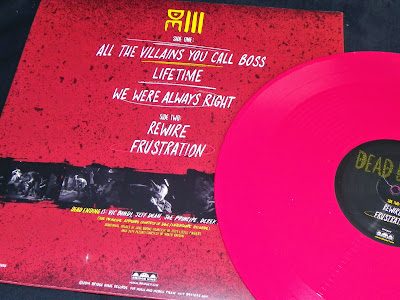