Give 'Em The Axe

I'd placed an order with All That Is Heavy distro a few months back, and was looking to round it out with one more record. 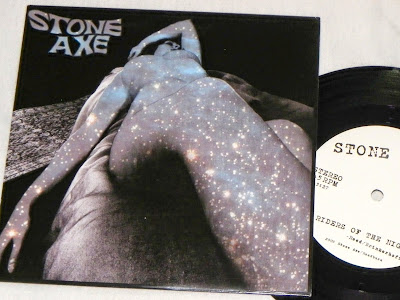 I own the second Stone Axe album, and have been meaning to pick up some more vinyl from them. You know how it goes...there isn't really anything super collectable about it, and it seems like most of their stuff is readily available online...so I just keep putting it off, and chase something more rare instead.

When I saw that All That Is Heavy was down to only one copy of the band's first 7 inch, I grabbed it. The star covered naked woman on the front cover may or may not have influenced by desire to buy this as well. 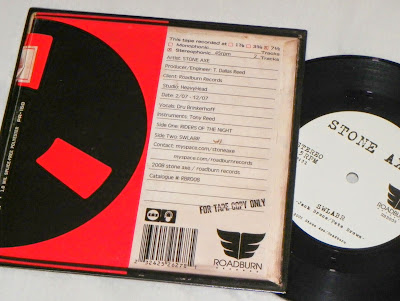 Side one of this record features Riders of the Night, which has such a great doomy/stoner/early 70's influenced sound. It is a great song, but it ended up on the first Stone Axe LP. The b side, however, is exclusive to this release, and is cover of Cream's SWLABR. It may be my favorite Cream song, and Stone Axe do it justice here. 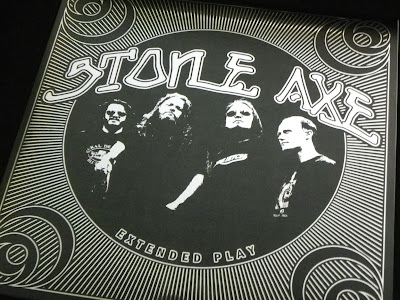 I felt kind of silly posting for just one two-song 7 inch for Stone Axe, so I headed out on a quest for more vinyl. While cruising around on eBay, I stumbled upon a seller that had a copy of the band's Extended Play 10 inch. I wasn't sure what was on it, but the seller's description of the shiny "mirror" cover, had me sold. 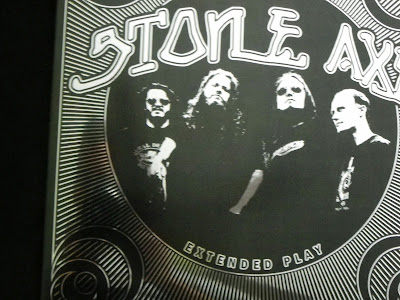 Yup...there I am in the reflection of the cover.

As it turned out, this record has a few studio songs on side a, and a few live songs on side b. Remember last week, when I was complaining about how much I hate the live 7 inch format? The three songs contained on this record have me eating my words. Holy fuck. The versions here of Black Widow and Skylah Rae blew my mind. The first time I'd played it through, I desperately wanted to grab someone, sit them in my music room, drop the needle to the vinyl, and scream "Listen to that fucking guitar tone! Holy shit, that Black Widow riff is killing it right now!". I needed to share it with someone that would appreciate the way my heartbeat sped up upon hearing these live songs...someone that would understand this thrill. For a second I thought of forcing it upon my wife, but I couldn't take the "Yes, that's nice honey", as she would just humor me. Even if she liked it, she still wouldn't really "get it". Sadly, I had no one to turn to. All I have this blog, and while this post may never get a response from anyone, at least I've verbalized my excitement. I've gotten it out of my system...for now. 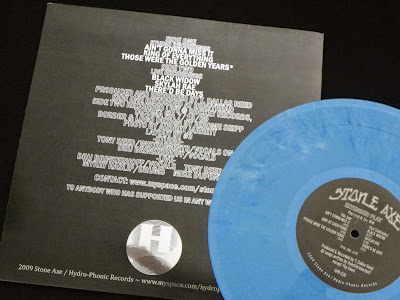 Mirror Edition is limited to 150 and is on blue vinyl.

well noticed: it´s exactly the same with my wife, ... they just can´t take it serious, haha