After my spending spree for Record Store Day releases, I drove into Portland to check out the used vinyl at Enterprise Records. The store had recently moved, and the selection seemed smaller, but it still felt good to get out and support this record store. 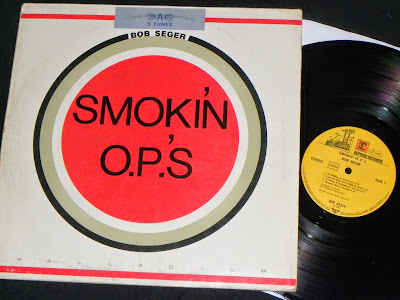 I'm always game to check out some new Bob Seger. By "new" of course I mean, stuff that I haven't heard from the 70's, and not really new material. I've been wanting to check out the Smokin' O.P.'s record for a while now, and didn't hesitate to grab it when I saw this German pressing for $4.50.

The majority of the songs on this album are covers, hence the name Smoking Other People's. 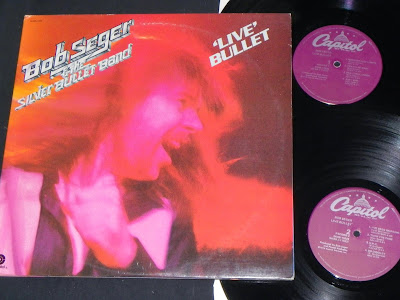 I've been hesitant to venture into the Seger stuff with the Silver Bullet Band. This was the era that spawned those radio hits that you feel like you never need to hear again. Thankfully, Live Bullet was recorded before the band exploded, and this record is just some great live rock and roll...and while there are a bunch of strong songs missing from this set (what!?! nothing from Mongrel!??), but it does have some fantastic stuff like Ramblin' Gamblin' Man, U.M.C., and Get Out Of Denver. For someone that doesn't pay much attention to live albums, I'm really digging this one. 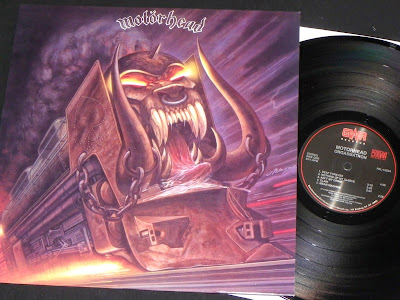 My last find of the day was a still sealed copy of Motörhead's Orgasmatron. I think this was my first Motörhead album, bought on cassette when I was a kid. It's good to finally have this on vinyl.