Last year, Southern Lord and Dave Grohl cooked up a mighty slab of Bl'ast! with the release of Blood!. While I've had copies of the three Bl'ast! albums since the late 80's, that piece of vinyl really woke me up to how good they really were. 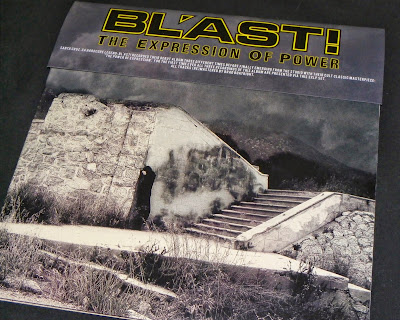 When I heard that Southern Lord was releasing some new recordings of The Power Of Expression sessions, I was quick to jump in and buy one. 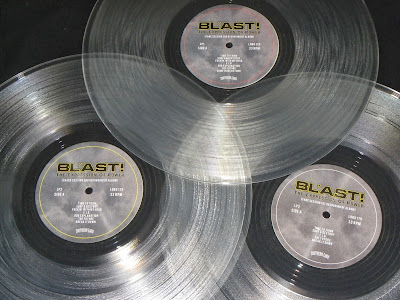 Apparently Bl'ast! had three recording sessions in their attempt to capture the songs on tape. Is it overkill to release all three sessions across this triple LP set? Die hard fans may disagree with me here, but in this case, yes, this is too much. In my opinion, the final session that was used for the original album is really the only one worth spinning. While the songs from this last session sound amazing, I will not spend any more time listening to the band's first two attempts at recording their album. They just aren't anything that I need. 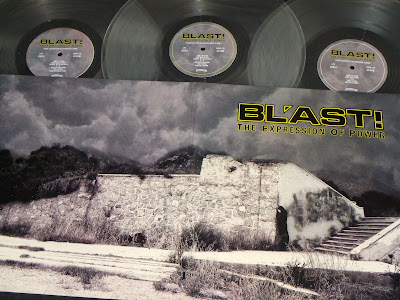 Still, the packaging for this is amazing, and makes this release worth owning. Crystal clear vinyl...heavy cardboard packaging...a nice play on the album title with The Expression Of Power...and the artwork is vastly superior to the original. Like the cover for Blood!, I love the dark, Sabbathy vibe for this release.

Again, this release from Southern Lord helped me really appreciate Bl'ast!. I wonder if they will make an attempt to turn me on to Take The Manic Ride with another reissue at some point.