In 1996, Crucial Response released the first Manliftingbanner discography, We Will Not Rest. While I already owned the original vinyl for all their stuff, I still picked up the CD discography. It turned out to not be as "complete" as I'd hoped, as they has chosen to not include the Profound 7 inch, and they left off the songs from the Share Common Ground comp. While Michiel from the band has told me that Profound was a different band, I'll respectfully disagree and argue that to fully capture the legacy of the band, you need to include the Profound songs as well. Can you imagine if REV did the Bold discography, and didn't include the Crippled Youth songs? 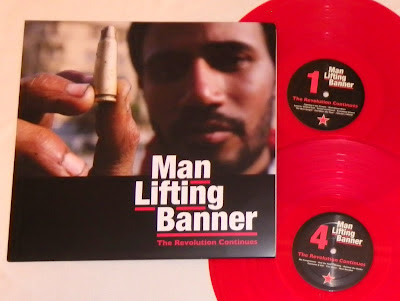 In late 2011, I received a message from Michiel stating that the Manliftingbanner discography was going to be released on vinyl. While the Profound stuff was still not included, he did promise that there would be eight new songs that the band had recently recorded. As he had described them as a cross between Straight Ahead and Judas Priest, I had no idea what to expect for the new material. When the band released their first video for the song Wall Street Wars, you could see that 20 years after their last record, Manliftingbanner hadn't skipped a beat. Still fast and furious hardcore...still no compromise. 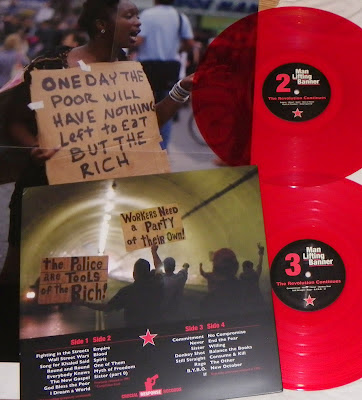 In my mind, the best way to own this copy would be to get it on the limited red vinyl. Having to order overseas caused me to procrastinate for 6 months or so, but thankfully, Crucial Response still had the red vinyl in stock when I placed my order in August. Limited to 511. 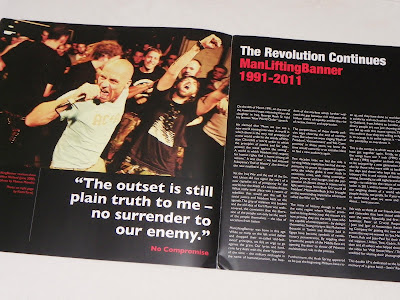 One of the biggest parts of this discography release was the booklet/lyric sheet that came with the vinyl. As luck would have it, mine arrived without one. I exchanged a few emails with Peter from Crucial Response, and I ended up paying a few more dollars for him to ship one out to me. While I wasn't thrilled with having to spend money to correct the labels mistake, I figured that it was a small price to pay to complete this package. While I was purchasing from Crucial Response, I figured that I'd add a few more items to my shopping cart. Earlier in the year, the label had made some limited silk screened sleeves for a few of their releases, so that seemed like a good place to start. First up is that classic Profound 7 inch. 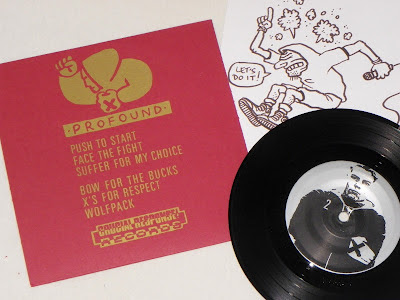 If I was ever in a band, I would have insisted that we cover X's For Respect. Screened cover is limited to 70. 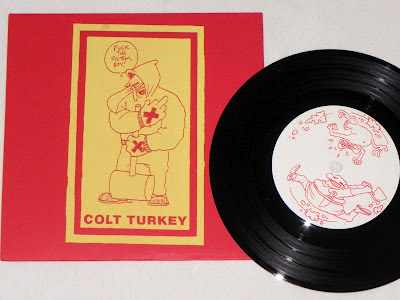 Colt Turkey was kind of a side project for the Manliftingbanner guys. They took the Straight Edge and Communist themes and amplified them by ten. "Me and my edge crew, we'll deal with your drugs." 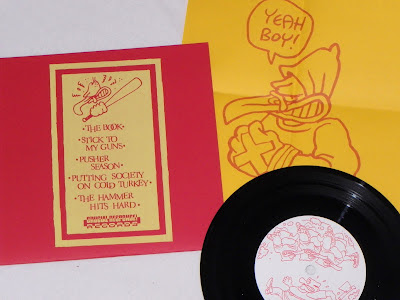 Again, limited to 70 with the silk screened sleeve. 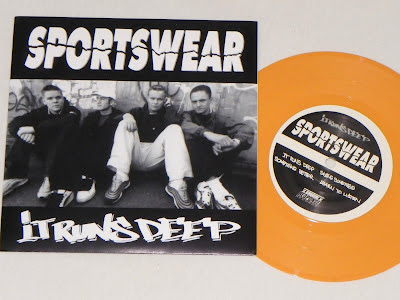 The last item I added to my cart was the It Runs Deep 7 inch from Sportswear. I didn't pay any attention to this band when it was released back in 1998. After being a faithful follower of all Crucial Response releases, I started to lose interest after the Rectify, Spawn, and Spirit of Youth releases. The label no longer interested me, and other than a record here or there, I've pretty much ignored them since then.

I recently heard someone claim that Sportswear was one of the best Straight Edge bands to come out of Europe, so I figured that I'd check them out. 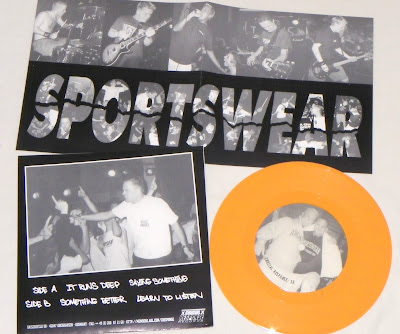 I wouldn't call them the best, but they are quite good. Definitely worth checking out. 817 on orange vinyl.

Paying to add a booklet that should have come anyway...FFS!!!

That is so weird, I almost did a big Sportswear post today but I was running short of time. Did you order the Shipwrecked LP too?? :P

I downloaded the Shipwrecked LP a few months back, and as much as I wanted to like it, it just wasn't working for me. I'm not sure what it was, but I couldn't get into it!