I've enjoyed Quicksand since back in '91, when I saw them open up for Soulforce-era 7 Seconds, and Eye For An Eye. Quicksand and Eye For An Eye were amazing, and I had a blast jumping around the dance floor and stage diving. 7 Seconds on the other hand...who knows...I didn't stick around to watch them rock out. 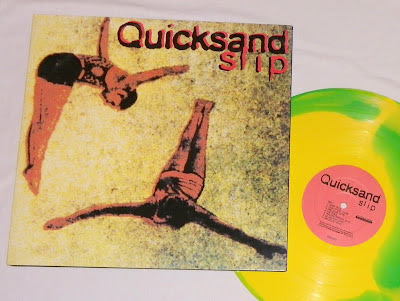 When Slip was released in 1993, I had a pretty hardline stance against major labels, so I guess it is kind of surprising that I picked up the album at all. Still I did buy a copy...on CD. When Shop Radio Cast repressed the vinyl this year, I figured that it was about time to finally buy it on my favorite format. 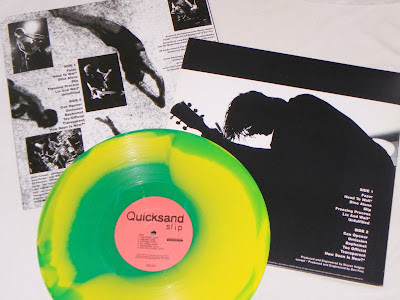 Shop Radio Cast had a couple different pressings available when it was first put up for pre-order. I figured that the green and yellow would best fit the album artwork, so that's the one that I went with. 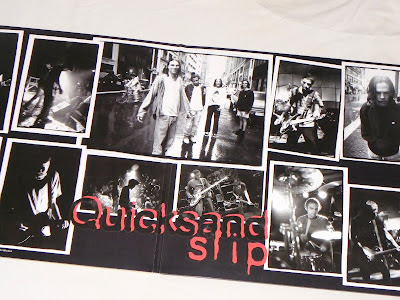 The packaging on this is really well done, but my favorite part of the whole thing is the addition of Quicksand's cover of How Soon Is Now by The Smiths. I'd never heard this song until now, so I'm most appreciative that they decided to dust it off and include it with the LP. I don't understand why anyone really gives a shit about The Smiths or Morrissey, but hey, this cover is pretty good. 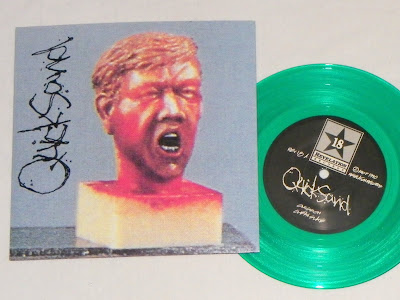 Speaking of Quicksand represses...here is just one of the many REV repressing that we've been getting bombarded with. It is almost overwhelming how much new vinyl they are throwing at us...still I can't help but hit that Add To Cart button. Green vinyl, and oh look, they just repressed on red as well. Ordered.

It is a superb cover version

I didn't order this repress, and after seeing this, I don't regret it for a second. The swirly vinyl is nearly as offensive as the Judge discography splatter thing. But not quite.

I don't even know where to start with this. But the funny thing is that I used to think they were shite. And then, bizarrely, when I was about 25, there was this one day when I woke up and for some reason pretty much immediately thought "I want to listen to The Smiths". No idea where that came from. But I went out and bought some kind of greatest hits type CD and listened to nothing else for like three weeks.