Another vinyl re-issue...this time from Dischord, and not Revelation. 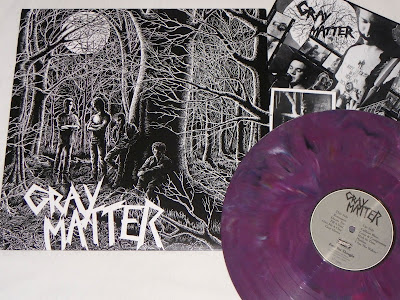 It amazes me how long it took me to check out some of this Dischord stuff. While the Food For Thought LP was originally released back in 1985, I didn't getting around to listening to any of the Gray Matter stuff until some time in 2004. I liked it the instant that I heard it...still, it took me another 8 years to finally buy a copy. 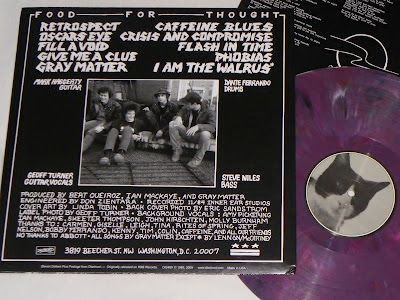 I was doing some research on discogs to try and find some pressing info for this. I didn't have any luck, but it did list that there was also a green and a gray pressing. In addition to that, I found that the Food For Thought album wasn't originally released on Dischord...the initial release was on R&B Records. I had no idea.

Good luck keeping track of those colored Dischord releases. Certain titles get repressed almost every year in another color while others are never availible in an another color.

I still run across a new pressing of a Dischord classic every other month or so. I think I picked up three new colors of that 4-old-7-inches-on-a-12-inch LP this year alone.

You know, I have no desire to really collect Dischord colored vinyl, yet, when I saw those other two colored vinyl pressings, I was incredibly tempted to try and find them. It's hard to resist chasing the mystery to see what I can find...