(It's Not A) Dead Ending

I've been doing this blog for over 13 years now, and it has always been a fun way for me to kill some time. This past month, however, it has been tough to carve out the time to keep the post count up. I guess that I could make the time if I really wanted to, but in reality, my motivation for this has been pretty low, and I've just been choosing to spend my time with other things. I don't plan to abandon this blog, as I still find it to be a great point of reference...and I get a kick out of looking back to see where my head was at during a specific point of time, or what my initial impression was of that second Backtrack album. This is a journal of my musical journey, and I don't see it going away any time soon. Still, it was nice to take a break from it for a while. 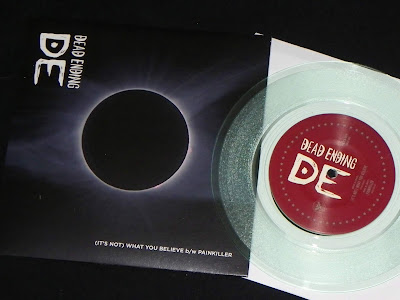 I was on Spotify recently, and noticed they had a new two song EP from Dead Ending available for streaming. Whoa. I hadn't heard anything about this. I wasn't exactly blown away by their 2017 album, Shoot The Messenger, but I was still interested to check out what the band was releasing, so I quickly clicked that play button. 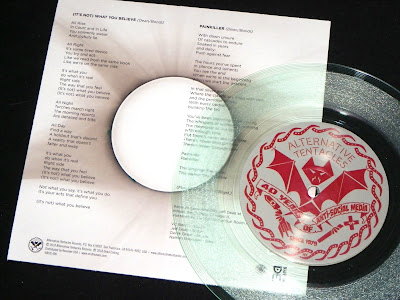 Vic Bondi and crew keep that fast Hardcore attack coming with this two song EP. Clocking in just over six minutes, this is a nice quick blast from Dead Ending.

Mike, still following your blog. Mine isn't dead, still post now and then. Can you add my blog to your reading list again?

Glad to see that you are still doing the blog! I've added you to the blogger roll call!