No lie. For most of this year, I haven't cared one bit about hardcore. I've mostly been focused on early 80's metal, and have had zero interest in spinning old hardcore records or even checking out new bands. I don't want to say that it has all seemed stale, but it has failed to move me for the most part. My moods fluctuate though, and after months of ignoring anything related to hardcore. suddenly my interest was sparked...and most of the credit goes to that Have Heart reunion show this summer.

When I bought my ticket for the Have Heart show, it was mostly just an excuse for a quick road trip with my brother...we had both gone to the "final" Have Heart show back in 2009, so I thought it would be cool to make that 10 year anniversary trip to see them again. Still, hardcore did not excite me, and I wished that I was going to see Krokus on their final tour instead. As we got closer to the Have Heart show, I figured that I'd better pay attention to what other bands were going to be playing that day, and proactively check them out so I wouldn't look like such an amateur in front of my brother the day of the show. 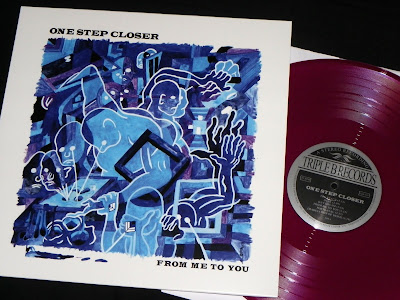 I saw that One Step Closer were on the bill with Have Heart, so I decided that I'd check to see what they were about. This record is great, and really caught my attention...especially with that opening riff from The Reach that really pulls me back to the first Have Heart album...then when the band opened and closed their live set with Inside Out covers, I was sold.

While I ordered the first press black vinyl for this 12 inch EP, Triple B must have been sold out because I received the second press on purple colored vinyl. Limited to 350 and looking good. 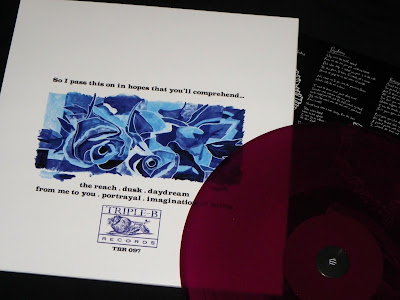 Much to my surprise, this took me down a hardcore rabbit hole, and I've been on a steady diet of hardcore since then. There are some great new bands kicking around, and suddenly I can't get enough. Strap yourself in, because I'm about to post a string of hardcore records.

I downloaded this a couple of weeks ago along with a couple of other Triple B releases. I know this was getting a lot of attention but I found it the weakest of the three. Plus the cover looks terrible. #wouldnotbuy

Triple B took a lot of my money.

I love the cover on this one. It looks totally unique for a hardcore record.