A little over a year ago, I finally moved on Doug's recommendation and checked out Sabaton, and I was really surprised at how hard this band hit me. It was a great internal struggle. I felt like I should hate them, yet at the same time, I couldn't resist them. I'd downloaded their Art Of War album, and surprisingly found myself listening to it damn near daily. Much to my surprise, Sabaton became one of my favorite finds of last year. 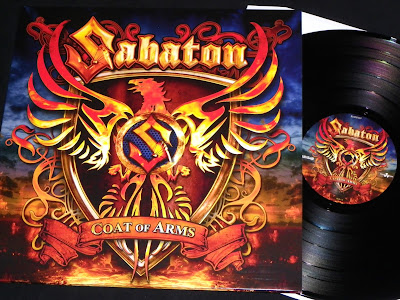 I'll be seeing Sabaton live for the first time in a couple of weeks, and in anticipation of the show, I decided to add another piece of vinyl to the collection from them...this time going back to 2010's Coat Of Arms. While The Art Of War is quite possibly the best Sabaton album, Coat Of Arms is a strong number two, with Midway making a great case to be one of my favorite Sabaton songs at the moment. 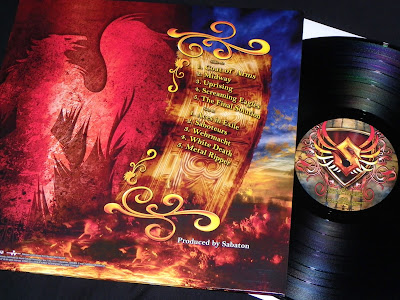 Just like when I bought The Art Of War, I had my sights set on the Swedish pressing from Black Lodge Records. The other vinyl options from Nuclear Blast were not going to cut it. Sabaton are from Sweden, so something about owning a Swedish pressing just seemed so much more cooler to me...well, as cool as you can get when you are talking about Sabaton.