I've been a huge fan of Crusades since Sandwell introduced me to their first album back in 2011. Even though their second album didn't nearly capture me like their debut, I still found myself in a panic to get my order in as soon as I discovered that album number three was available. 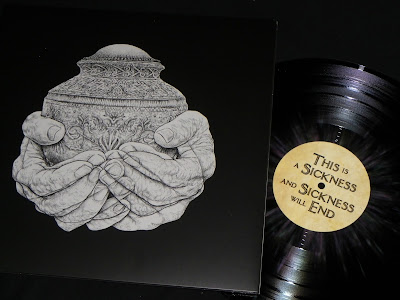 With This Is A Sickness And Sickness Will End, Crusades continue their theme of black and grey cover designs and ridiculously long album titles.

When I stopped in to check out the Anxious and Angry Records store, all the vinyl was already sold out, and the only options left was to pick up the vinyl and t shirt package deal. I wasn't excited about having to spend the extra money to get the shirt as well, but I didn't want to miss out on the vinyl, so I did what I had to do. 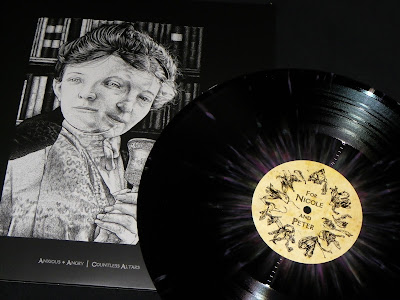