I expected the 10 year anniversary of Record Store Day to be a huge event that was going to suck the life out of my savings account. I was prepared for a goddamn vinyl love fest, with tons of cool shit and events that was going to tie up my entire day. Instead, it was a quagmire of "who gives a fuck", with maybe one or two things that kind of caught my interest, but truth be told, I wouldn't have cared if they didn't show up at the store. With no list of things I wanted, I was a liberated man...free to head out after the crowds had come and gone, and avoid the nerds looking to get their hands on the newest Elton John reissue.

I breezed into the store a couple hours after they had opened, flipped through the stacks of RSD releases...shrugged my shoulders, and walked out the door empty handed. Record Store Day was a bust, and I was more interested in hitting the used record bins at some shops in town...starting at Electric Buddhas. 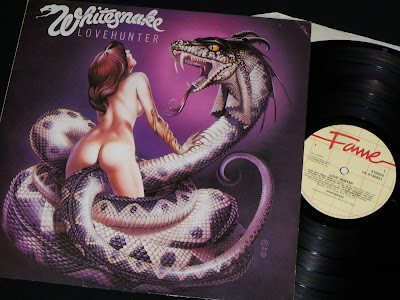 My favorite pick-up of the day is easily the UK pressing of Whitesnake's Lovehunter that I grabbed at my first stop. I've flirted with the idea of buying a copy of this Whitesnake album for years now. I despised this band throughout my teenage years, but with age, I seem to have grown a deep appreciation of 70's Rock...and that includes Whitesnake...only through 1984's Slide It In. That self titled record from '87 can still get throat punched as far as I'm concerned. 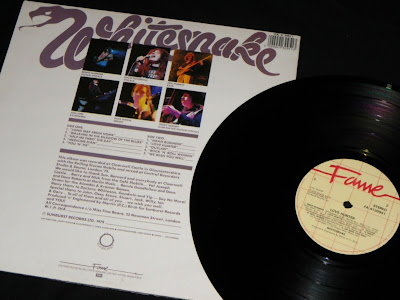 I may have paid a bit too much for this copy of Lovehunter...especially since it is a later pressing...but the call of a naked girl riding a snake was too much to resist. 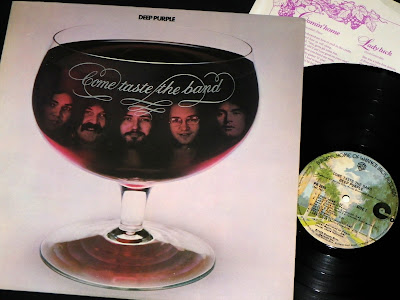 Speaking of David Coverdale, after grabbing the Whitesnake album, Deep Purple's Come Taste The Band caught my eye. Hey, I was in a 70's frame of mind, so I just went with it. 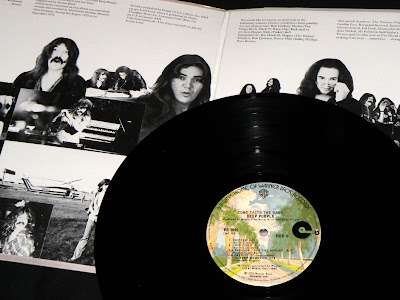 Like the Whitesnake record, this Deep Purple one is in excellent condition. Of all the Deep Purple albums that I listen to, Come Taste The Band is probably my least favorite, so I felt a little foolish spending the money that I did on this, but it was still good to cross this one off the list. Just need to get a copy of Stormbringer, and I can probably be done buying Deep Purple records. 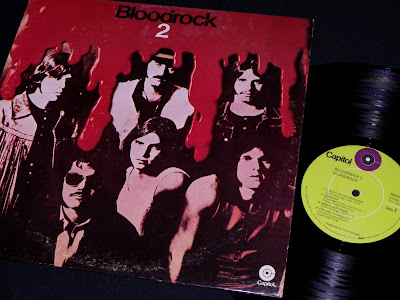 Bloodrock were another band out of the early 70's. I've been really wanting their first album for a while now, but I just haven't made it happen. My OCD was kicking in pretty hard, and it was difficult to buy Bloodrock 2 before I owned the first album...because a part of me insists on buying the first record first...but I fought through it, and bought it anyway. 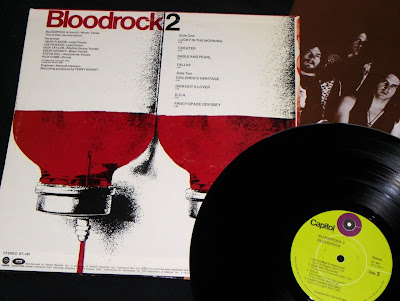 While Bloodrock 2 isn't as great as the debut, there are still some really good rock songs here, and it was well worth picking up. 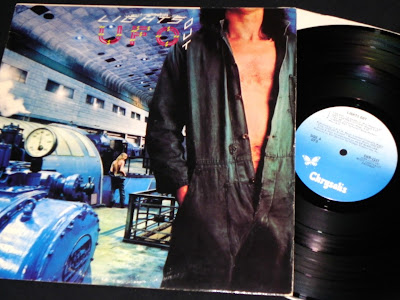 The last record I picked up while at Electric Buddhas was UFO's Lights Out. Outside of their Force It album, I find that I rarely listen to this band. They have some great songs, but for one reason or another, I just don't dive into their albums. When I was checking out with the Whitesnake, Deep Purple and Bloodrock albums, the guy at the register mentioned that it was "buy 3 get the 4th free", so I grabbed the UFO record.

The day is still young...let's hit another record store...