I'd Rather Be An Outcast

Damn. It was five years ago that Boston Strangler had everyone scrambling to get their hands on their first record. Five fucking years. Seems like it was just the other day. 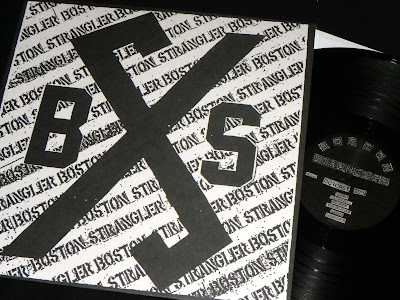 That album was a nightmare to get. It sold out within minutes for every disto that it would show up in. It was the hottest Hardcore record of 2012, and kids were in a panic and paying outrageous prices on eBay. The experience scarred me for life, and I have a bit of a panic attack whenever a new piece of Boston Strangler vinyl becomes available.

As I was picking up the second press of the Search record at REVHQ, I happened to notice that they also had a vinyl pressing available of the 2010 Outcast demo. I had no idea this was available, and without thinking twice, I added one to the cart. 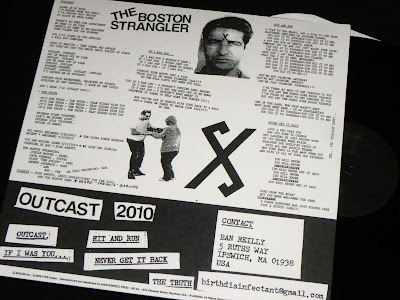 Nothing really new here, as this was the first Boston Strangler demo, but it was still nice to get a vinyl pressing.