It feels like it has been a long time since I've been really fired up over a new Hardcore release. Sure there have been plenty of records from the past few years that have been good...but I'm hard pressed to recall anything that has really gotten me excited since 2013 with the Rival Mob and Red Hare albums. I just haven't really been interested, and have been more focused on Metal and Punk. I'm not sure if it is a change in my mindset, or if bands are just stepping up lately, but so far my 2017 has been filled with some really cool new Hardcore bands. 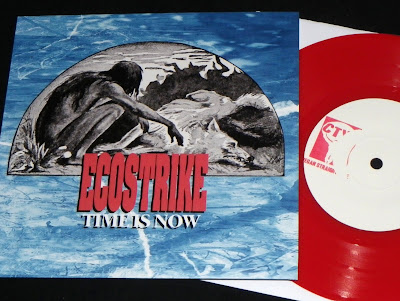 At some point over the last month or so, I started seeing the name Ecostrike pop up on social media. Initially, I wasn't paying much attention, and ignored all the praise of this band doing that early 90's Straight Edge sound. However, as I was getting deeper and deeper into some newer Hardcore bands, I figured that maybe I'd look into what all this Ecostrike hype was about. 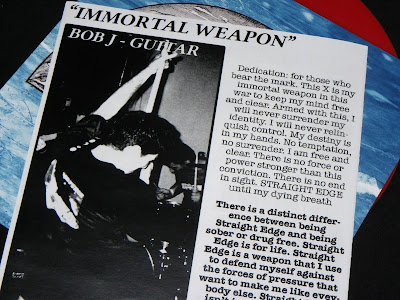 What really captured my attention, and got me to finally check them out was when I saw a photo of the lyrics for the song Immortal Weapon when Nico posted about the record on his blog at Do Not Consider Yourself Free. Those Straight Edge lyrics ignited a spark in me, and brought me back to those angry Straight Edge days of the early 90's. Right then and there, I knew that I needed to hear this shit. 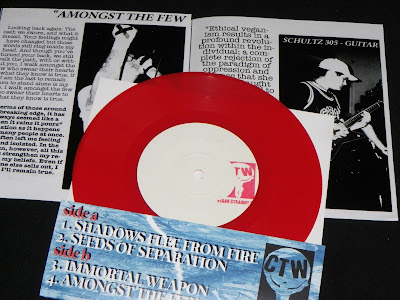 This entire record is great...and is everything that I want from a Hardcore band in 2017. Uncompromising Straight Edge. Easily one of my favorite new records of this year. This one is going to be hard to top.

Still play that record a lot! Such a good record.