Just barely over three months into this year, and I've probably crossed off more high price records from my Want List than the last three years combined. Between some extra money coming in from work, and loading up my Paypal account from selling some records that I no longer wanted, I've been on a fucking tear. After blowing my load on that Gorilla Biscuits album recently, I managed to go a full three days before pulling the trigger on another expensive record. I could get used to living like this. 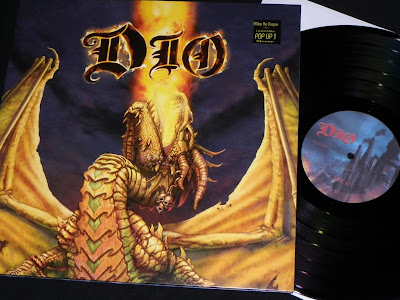 I'm a huge fanboy for anything Dio, and when I pulled out all of his albums for one of the challenges during the January Record A Day thing over on Instagram, it got me thinking about the holes in the collection. The Night Of The Vinyl Dead pressing of Killing The Dragon has been another record that I figured was out of my price range...but when it comes down to it, I guess it really just depends on how badly you want it. 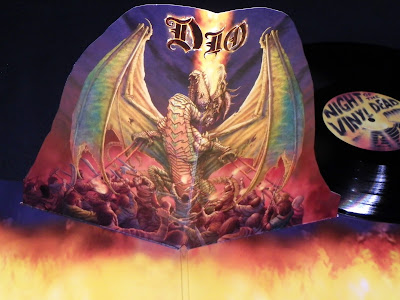 Night Of The Vinyl Dead always puts a lot of creative thought into their packaging, and with the dragon pop up from the center of the gatefold sleeve, this album is no exception. A really cool touch. 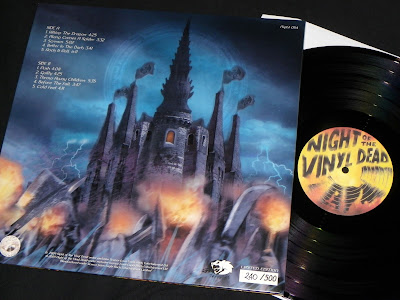 Considering that the NOTVD pressing is the only real vinyl option, it feels great to finally add this to the collection. I mean, sure there is the Record Store Day picture disc pressing from 2011, but compared to the black vinyl, no one is really counting that as a serious option. 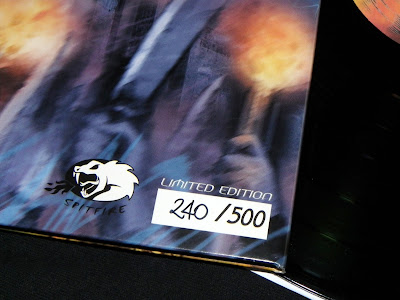 It wouldn't be a Night Of The Vinyl Dead pressing unless it was super limited. Only 500 pressed for a Dio record is crazy. No wonder this thing was no joke to chase.