As I was wrapping up 2016, I was putting some thought to my Top 10 list, and was spinning all the new releases from the past year. As I was working my way through all those new albums, I found myself really enjoying the latest Bouncing Souls record, Simplicity.

Listening to that new album got me thinking about how thin my Bouncing Souls record collection was. Well, not that I'm really looking to collect them, per say, but I'd still like to have their full album discography on my record shelves. 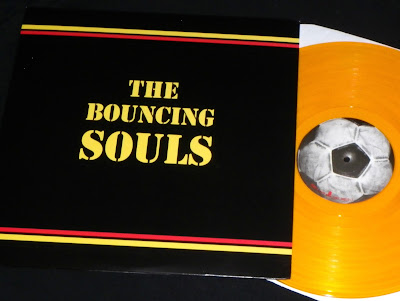 Band is so much fun to listen to, so I jumped over to their Discogs page to have a look at all their records, and just have a casual glace at what was available in the marketplace. Five minutes later, my lack of self control struck again, and I'd bought a copy of their self titled album from '97. 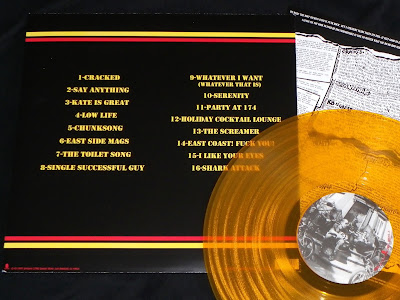 I was tempted to buy the original first pressing which was only on black vinyl, but when I saw how great the gold vinyl pressing looked, I couldn't resist. Second pressing from 2014, and limited to 500.

I really like this band ... and man, you listen to Exploited, Bouncing Souls and 77 style Punk, you have to check some of the old Oi bands like The Samples, Cock Sparrer, Sham 69. Tons of great bands. I am sure you will like it.