Let me just say that the new year has been extremely lucrative for my record collecting game. January started off with a big win with the Accused LP, and has just continued to rain nothing but gold in the weeks that followed that score. Record release and tour pressings, new discoveries of old bands, and a nice slab of pink vinyl have caused 2017 to come roaring out of the gate.

Seriously, the eleven remaining months in 2017 were going to struggle to keep up with how great January was...and now that we are throwing an XClaim pressing in the mix...February through December might as well pack it in and go home. There isn't any way to top this month now. 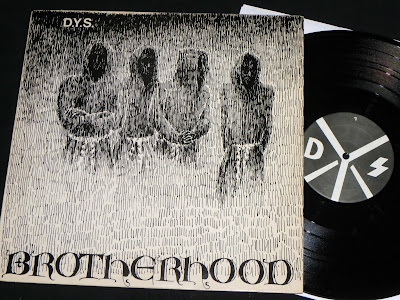 When you are just starting to get serious about record collecting, you resign yourself to the fact that there are some classic records that you are probably just never going to be able to get your hands on. Some records, no matter how great they are, just seem out of your reach.

For me that impossibility seemed to be an XClaim collection. I thought that I'd be able to pick up a few of them here and there, but the harsh reality was that some of these are serious business in the collecting game. They ain't going to come cheap. 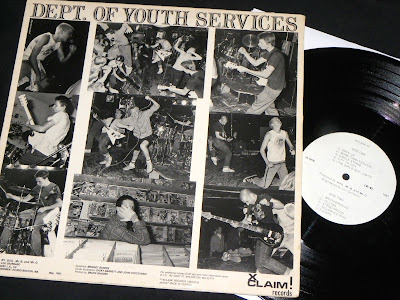 I surprised myself by picking up Get It Away a few years ago (Holy shit, that was six years ago!), but at the time I'd figured that I'd picked up the one and only XClaim record that I could actually afford.

Collecting the Black Sabbath UK Vertigo pressings really opened my mind to the possibility of knocking off some of those big time Hardcore players. If I could get things done with Sabbath, maybe things weren't so bleak for some of those other records that I thought were out of my reach. I keep a list of my Top Ten Wants for the year in the sidebar of this blog, and last year I grew a pair, and added the DYS 'Brotherhood' album to it. I didn't really expect to make a move on it, but I wanted it there as constant reminder to keep my sights set on bigger and better things.

I don't have many notifications set with eBay, but one of them is to alert me when there is a new auction for the Brotherhood album from DYS. I've had this set for years, but I've never acted on it...in fact, most times I just delete the alert without checking the auction. This month, however, when I saw the email alert, I decided to at least look at it. Of course the auction had a high starting bid amount, so the only people that were going to be interested were bound to be serious buyers...and in the end it was just me and one other guy slugging it out for the chance at this one. I was flying high on some other recent wins, and was feeling invincible, so I went "all in", determined to finally own a copy of this classic. 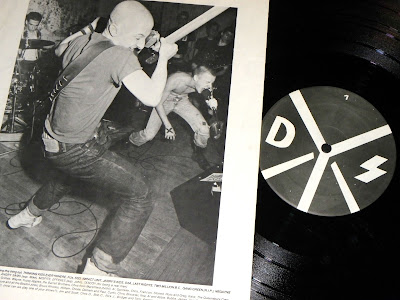 When buying Xclaim records, the insert is a must. If it doesn't include one, keep walking. 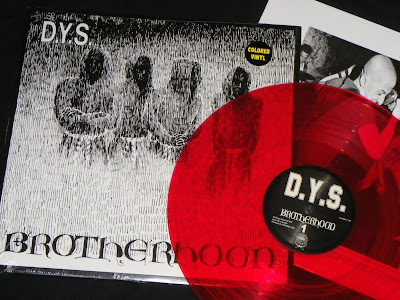 About four years ago...you know, back when buying 17 copies of the same record gave me fits of excitement, I picked up the latest colored vinyl reissue that TAANG! did for the Brotherhood record. I was afraid that by buying the reissue it was going to somehow smother the flame of desire to own the original XClaim pressing, so I refused to play it...refused to blog about it...refused to officially add it to my collection. It was just a ghost. Now that I've got the original pressing, I can open Capone's vault and finally acknowledge the existence of the Brotherhood LP on red vinyl. It might pale in comparison to the original, but that vinyl sure looks good.

Man, now you're opening a new can of worms... records you have been ashamed to blog about. Haha!

Good score though. One of the most iconic record covers ever. Good to see you crossing of those big wants from the list too...

When I got mine it was the most Id ever paid for record. Of course I've broke that record many times now so beware...😊