There have been some great metal surprises this year...new bands that seem to come from nowhere and make a huge impact to what my Best of 2015 list might look like. These are the bands that make the chase still worth it. Hidden gems still exist, and if you put the work into it, it pays off. 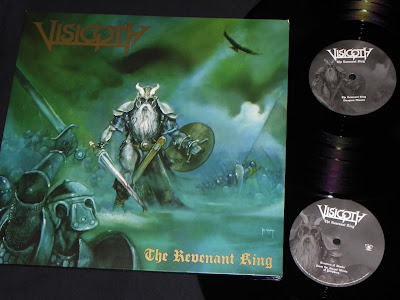 Over the Summer, I was reading a thread over on the Bravewords board, where people were discussing their favorite traditional metal album for the year. Names like Enforcer and Armored Saint were being thrown around, along with some band I'd never heard before...Visigoth. I had initially paid the name no attention, but people on the board were making a pretty strong case for them, so I finally broke down and checked out their video for The Revenant King. The video itself isn't that great, but the song kicks my ass, and once I saw the singer sporting an Eternal Champion shirt, I was in...balls deep. 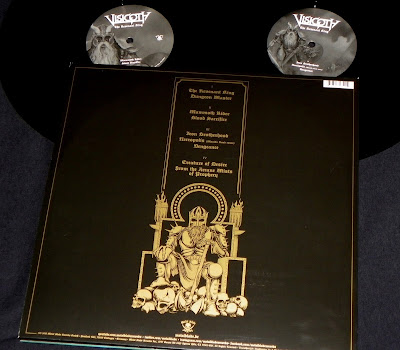 This record has a great Grand Magus feel to it, and seeing how high I thought of the last Grand Magus album, you can bet that this Visigoth album is rocketing up my Best of 2015 list.

Never heard of these dudes but if the cover if pretty epic. I might have to check them out.

I meant the cover is pretty epic.

Their cover of Necropolis is epic. Maybe better than Manilla Road.