When Armored Saint released Win Hands Down earlier this year, there wasn't a whole lot of new Metal albums coming out at the time. I didn't rush out to buy the vinyl because I figured that I had all the time in the world...plus Metal Blade has a terrible habit of releasing the vinyl only in Europe, and it is a pain in the ass to chase down a copy in the States. 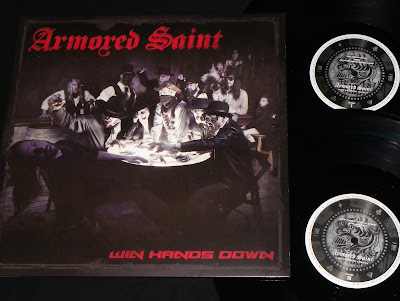 As we started to close in on the end of 2015, suddenly I was dealing with a flood of new releases, and struggling to keep up with buying them all. I was kicking myself for not picking up that new Armored Saint record earlier, when things were quite so hectic. Now that I was a bit pressed for money, I was going to have to find a way to fit the Wind Hands Down LP into the mad scramble to buy all the 2015 albums before the end of the year.

When the band posted on Facebook that vinyl was available in the Metal Blade store, and at a discounted price, I knew it was time to make my move. 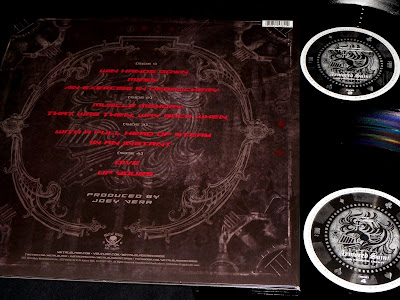 Sure the title track for Win Hands Down grabbed be right from the start, but initially I was a bit underwhelmed with this new Armored Saint record. Time has certainly changed my opinion, as the record has steadily climbed up my Best of 2015 list these last few months. I don't think it is going to crack my Top 10 for the year, but don't let that fool you, this album ain't no slouch. 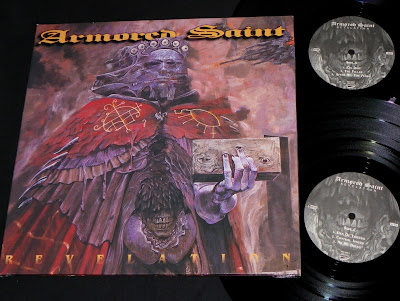 When I was adding the new Armored Saint album to my cart, I noticed that the vinyl for their Revelation LP was available as well...and at a very low price. Even though I shouldn't spend the money, I couldn't just walk away from a deal this good. I remember finally checking out Revelation when my interest in Metal was rekindled around 2006/2007. I fell in love with it from the start with the heavyweight album opener of Pay Dirt, and I've toyed with the idea of picking up the vinyl ever since I first heard it. Feels to finally cross it off the list.

Now that I have the vinyl for Revelation, it reminds me just how close I am to completing my Armored Saint collection. Maybe I'll be able to keep focused and complete this shit in 2016.

Mike, don't know if you've ever done this before but you must have thousands of records and quite the storage are to display/store them. Any chance of giving us a display area/storage are tour in pictures at some point?? That kind of thing always interests me